INSPIRATION:
I was inspired by this beautiful master bedroom by Antonio Martins in the 2014 San Francisco Decorator Showcase. The Master Bedroom he designed was titled "Once Upon a Time There Was a Bed ...."The room was inspired by family and Portugal's culture. Specifically, Martins drew inspiration from a wooden bed frame that has been in his family since the late 18th century. Made in Goa, India, the intricate frame has the family crest engraved in the headboard.

Antonio Martins used a traditional Portuguese piece called a Bilros in his family for centuries.

The blue tones from the wall tiles carry over into the room's textiles, with an embroidered navy velvet bedspread and striped silk drapes with grommets - both the handiwork of Andrades Window Treatments. 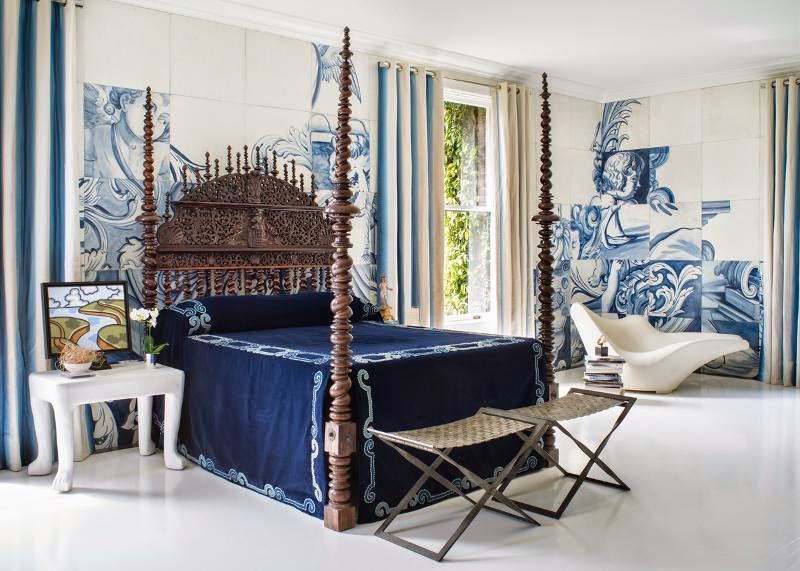 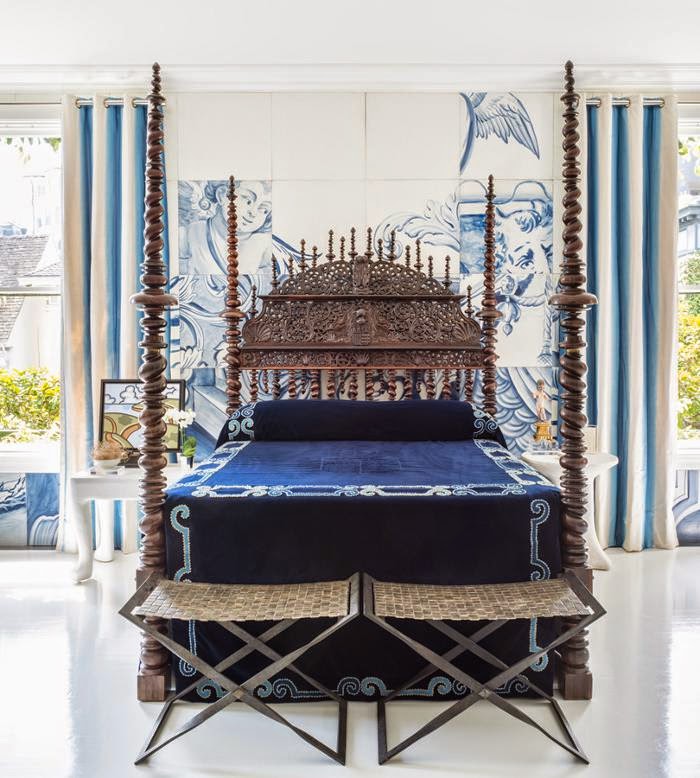 'Story of the bed'

"It was the story of the bed," as Martins puts it. Included in the pseudo article was his desire to juxtapose the family heirloom with contemporary elements. Apparently, his unconventional presentation worked.
Martins had his family's Bilros bed - complete with the family crest - shipped to San Francisco. (The shipping cost, it turns out, was significantly less than buying a new bed.) The entire room could be considered an homage to Martins' Brazilian and Portuguese heritage.
The blue-and-white tiles covering the walls are a take on a Portuguese signature. The interior designer asked his cousin in Lisbon to go to the Museu Nacional do Azulejo (National Tile Museum) and snap hundreds of pictures that he would later draw on.
"The biggest challenge," recalls Martins, "was figuring out the tiles and the cost before submitting my bid (to the committee). I had to make sure I could afford it!"
He enlisted decorative painters Katherine Jacobus and Linda Horning, who were aided by Martins' design assistant Erin Roberts, to create 242 tiles measuring 24-by-24 inches that are based on the photos his cousin provided. It took the trio the month of March to complete their project. About half of the Masonite tiles are primarily white and half depict some imagery; all were painted, crackled and glazed by hand. 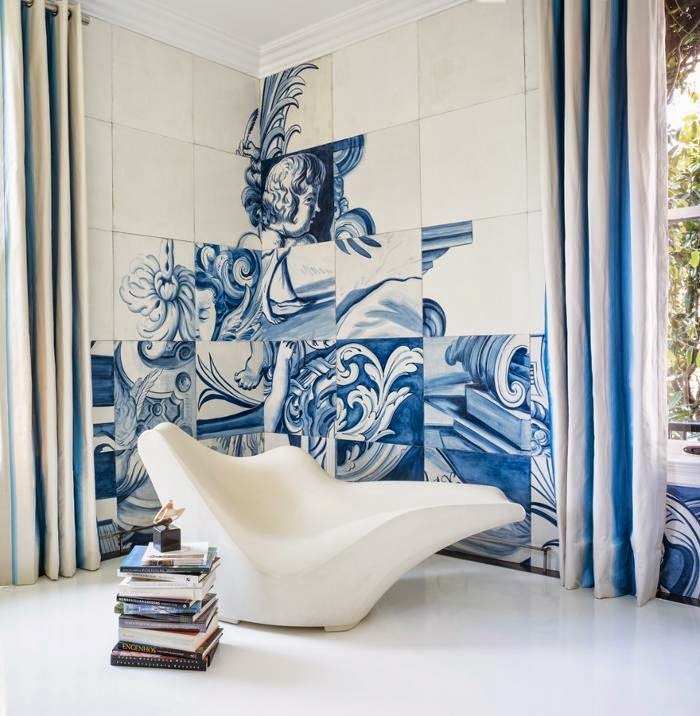 From the Coup d'Etat showroom, Martins sourced the Tokyo Pop chaise by Tokujin Yoshioka, a sculptural lounge chair made of white polyethylene; two John Dickinson-designed plaster side tables, one round and one rectangular, with legs that resemble animal feet; and the gold-leaf, brass and black lacquer Spider cabinet by Scala. The latter is topped with Martins' own family photos. 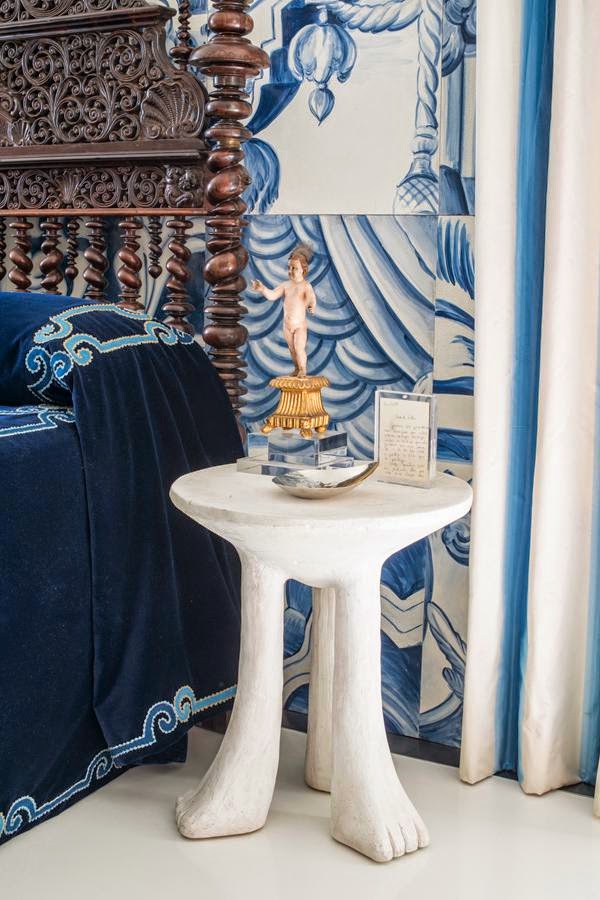 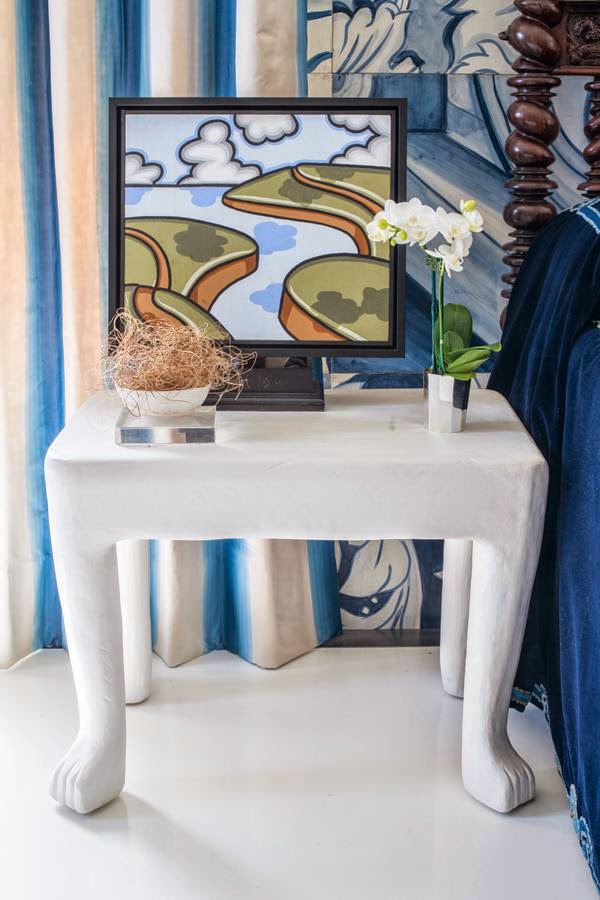 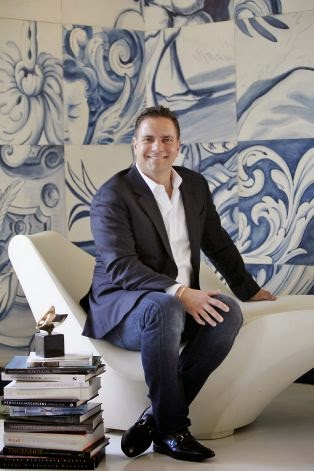 "The great thing about the Decorator Showcase is that you can do whatever you want," says Martins, alluding to the fact that there isn't an actual client. "So this room is very personal to me. I just wanted to go all the way with my idea, have fun, do something totally over the top." 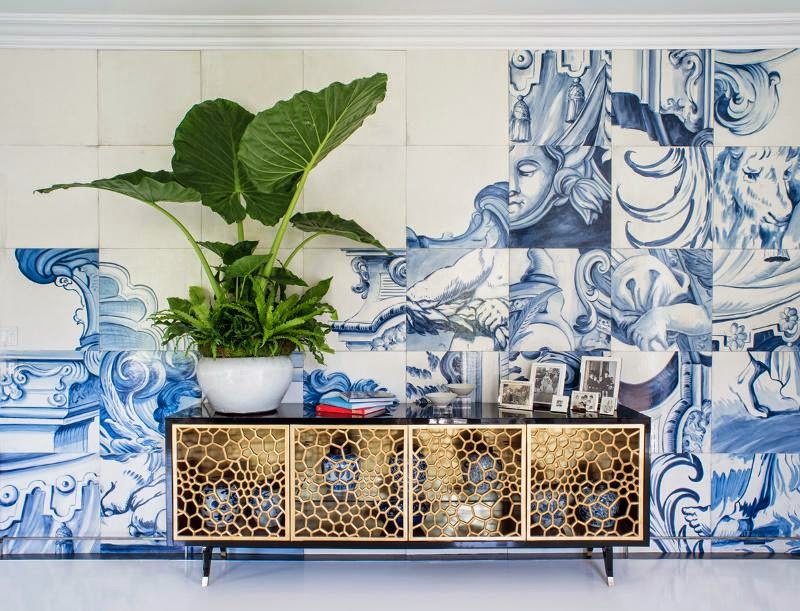 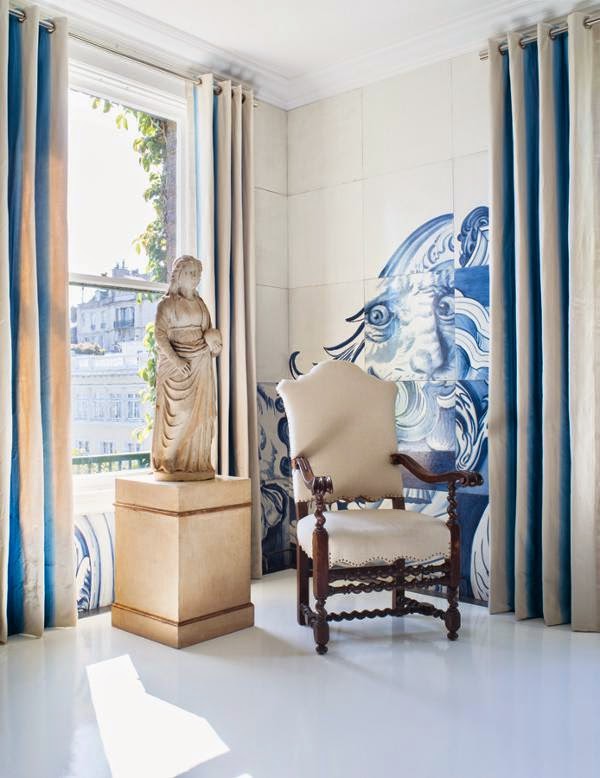 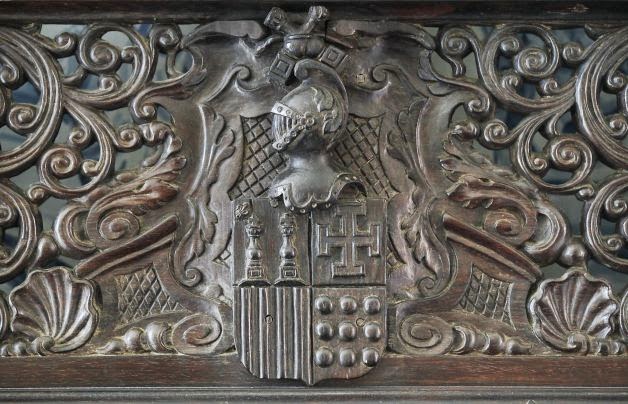 Detail headboard:
The family crest is visible on the wooden headboard of a bed that has been in Designer Antonio Martins' family since the late 18th century pictured April 22, 2014 in the 2014 San Francisco Decorator Showcase on 3660 Jackson St, San Francisco, Calif. Photo: Leah Millis, San Francisco Chronicle. 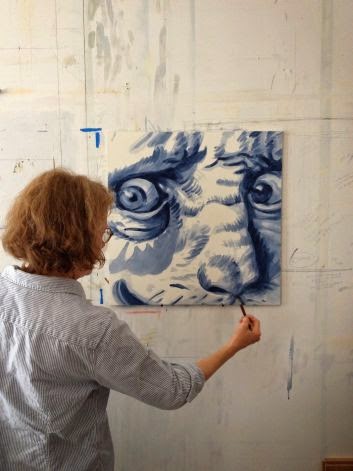 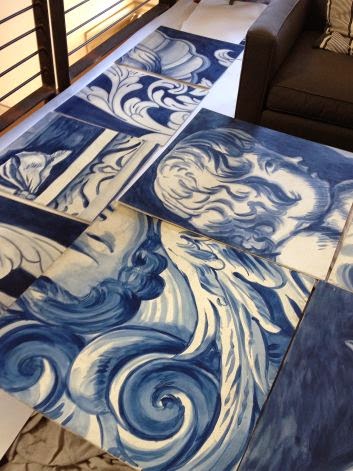 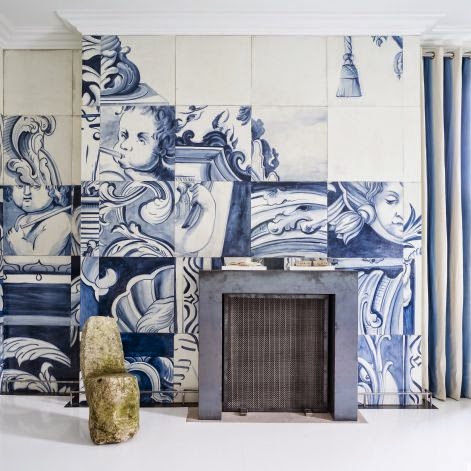 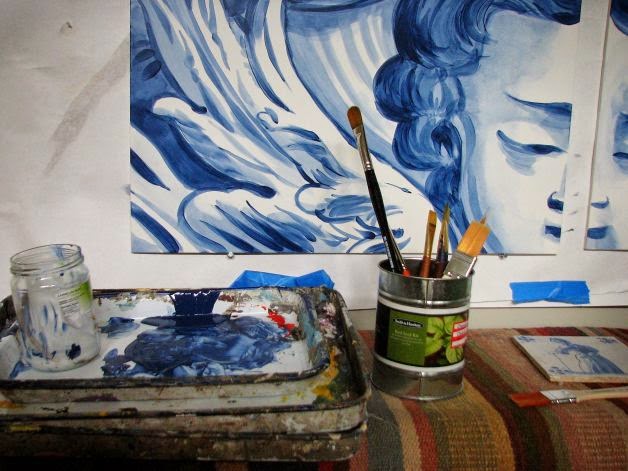 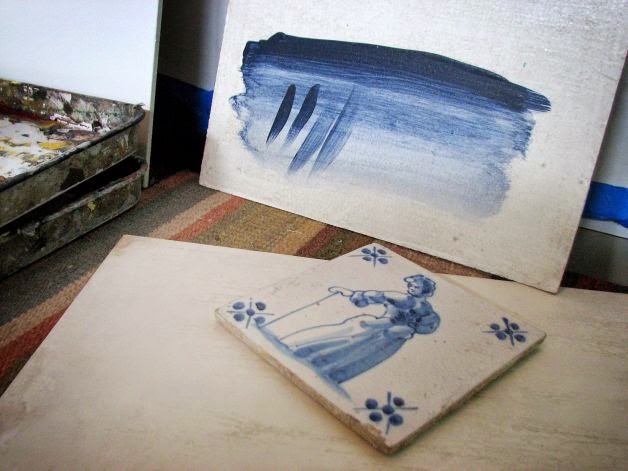 More about the designer
Antonio Martins studied hotel management in Switzerland and worked for 11 years building a successful hotel career in Asia. From Hotel operations to Hotel design, he put his marks in some of the finest venues in Hong Kong, Bangkok, Argentina and most recently Chicago. His Residential Career began in San Francisco, while obtaining a Masters of Fine Arts in Interior Architecture and Design. An artist at heart, Antonio brings an eclectic approach to interior design, with an interesting mix of antiques, modern artwork and contemporary furniture.