Beautiful photo with inspiring quote from the Dalai Lama. This is just one photo from the stunning serie photos 'Ashes & Snow' made by photographer / filmmaker Gregory Colbert. I wrote earlier another blog about this fantastic photographer, see THIS BLOG 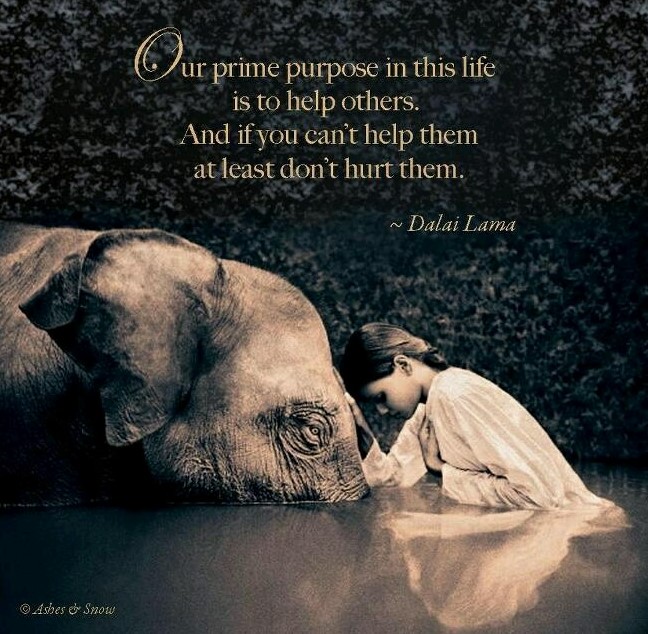 More about the photographer
Photographer/filmmaker Gregory Colbert is the creator of the exhibition 'Ashes and Snow', an immersive experience of nature that combines photographic artworks, films and soundscapes, housed in a purpose-built traveling structure called the Nomadic Museum. To date, 'Ashes and Snow' has attracted over 10 million visitors, making it the most attended exhibition by any living artist in history. 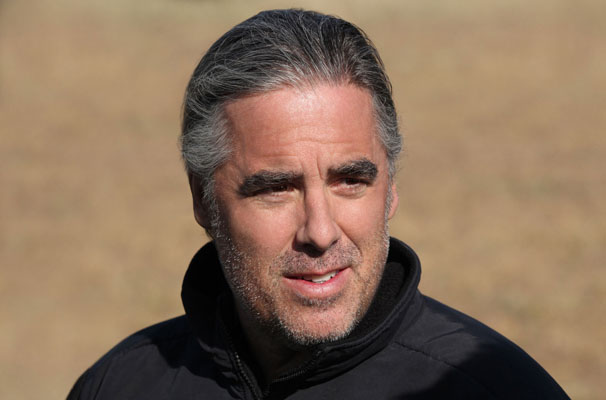 Colbert was born in Toronto, Canada in 1960. He began his career in Paris in 1983 making documentary films on social issues. His first exhibition, Timewaves opened to wide critical acclaim in 1992 at the Museum of Elysée in Switzerland. For the next ten years, Colbert went off the grid and did not publicly share his art or show any films. He began traveling the world to photograph and film wondrous interactions between animals and humans.
After ten years passed, Colbert returned to present 'Ashes and Snow' at the Arsenale in Venice, Italy in 2002. With his debut, Photo magazine declared: "A new master is born.” The New York Times, in an article by Alan Riding stated: “The power of the images comes less from their formal beauty than from the way they envelop the viewer in their mood. They are simply windows to a world in which silence and patience govern time.” Ashes and Snow has been described as "extraordinary" by the Economist and "distinctive monumental in every sense" by the Wall Street Journal. Stern Magazine described the photographs as "fascinating" and Vanity Fair named Gregory Colbert in its "Best of the Best."