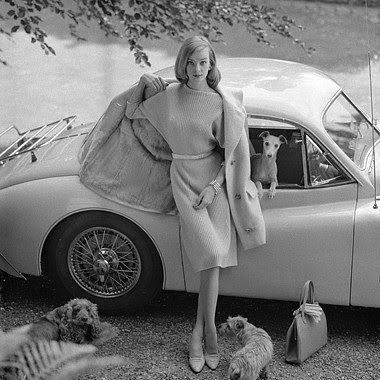 More about Norman Parkinson (1913 - 1990)
Norman Parkinson established his first photographic studio in 1934 and following World War II rapidly became one of Vogue and Harper’s Bazaar most prominent photographer. Sharing with Toni Frissel the honor of being the first to have brought models outdoors, the British photographer privileged a realistic and impulsive aesthetic. He brought glamour and fantasy to his narratives that featured colorful and elegant yet humorous compositions that often took place in exotic landscapes - ‘I like there to be a joke in practically every photo I take.’ He discovered such models as Grace Coddington and Jerry Hall whom he depicted in 1975 in the USSR and pushed a certain Brian Ferry fascinated by her portrait to ask her to pose for a Roxy Music album cover and become her girlfriend. Rigorous yet surrealist are adjectives that would perfectly describe not only his images but also the man. The quintessential British charmer had an incredible allure and attitude dedicated to style.