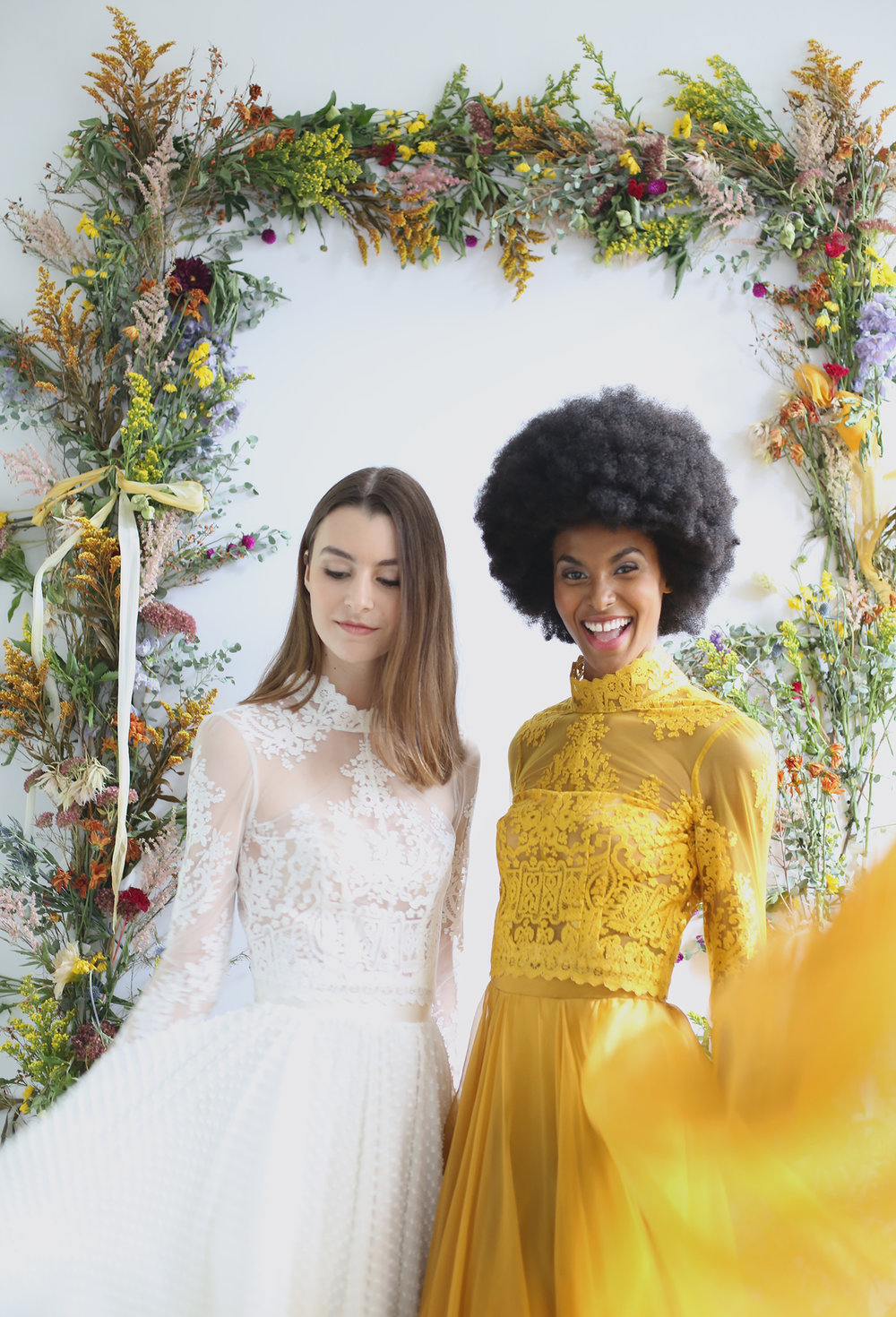 While surfing on internet today I found these beautiful photos from the talented fashion designer Leanne Marshall, known as winner from Project Runway 2008 (season 5). The designs are from her Fall 2018 Bridal collection. Be Inspired........ 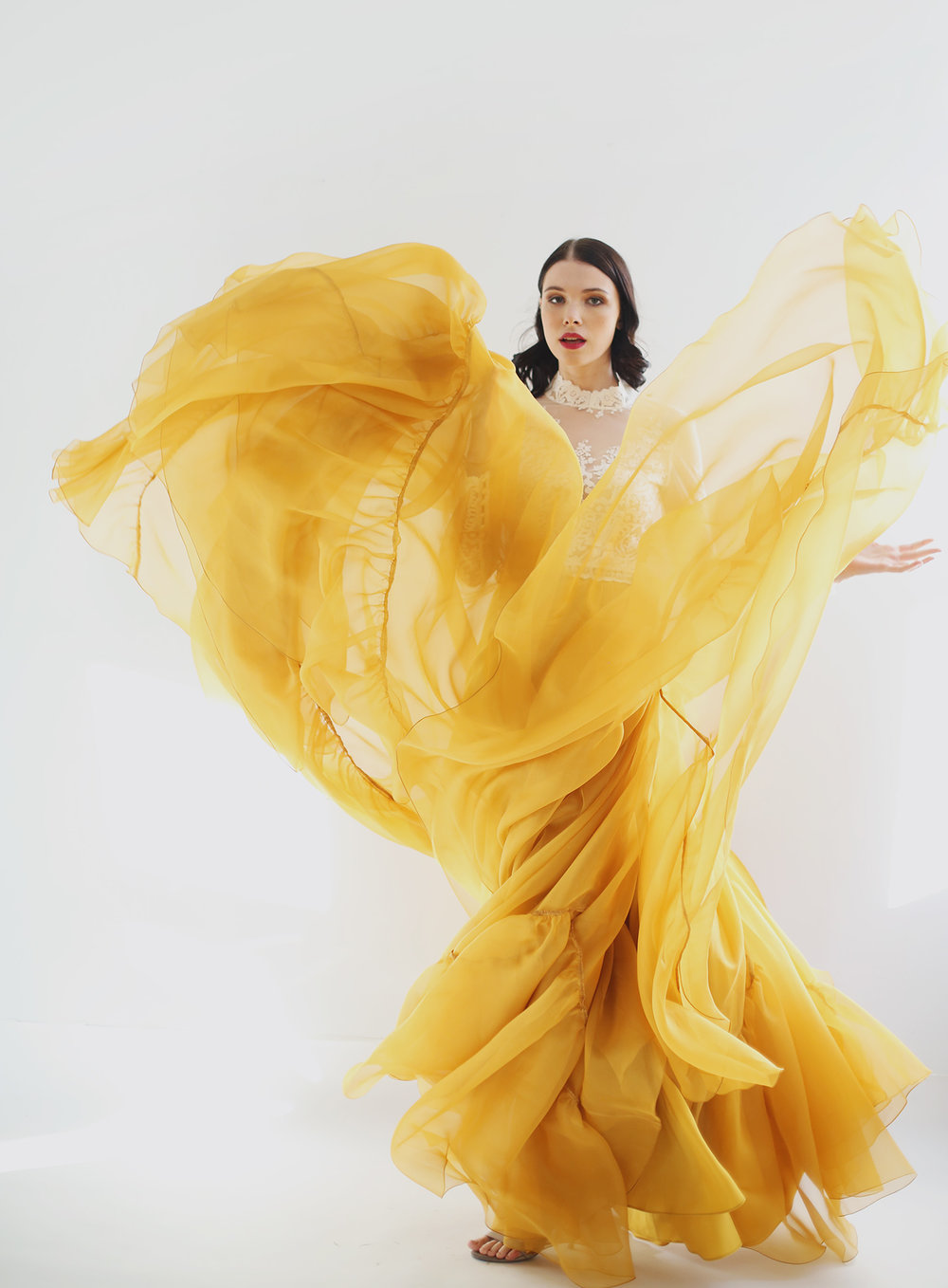 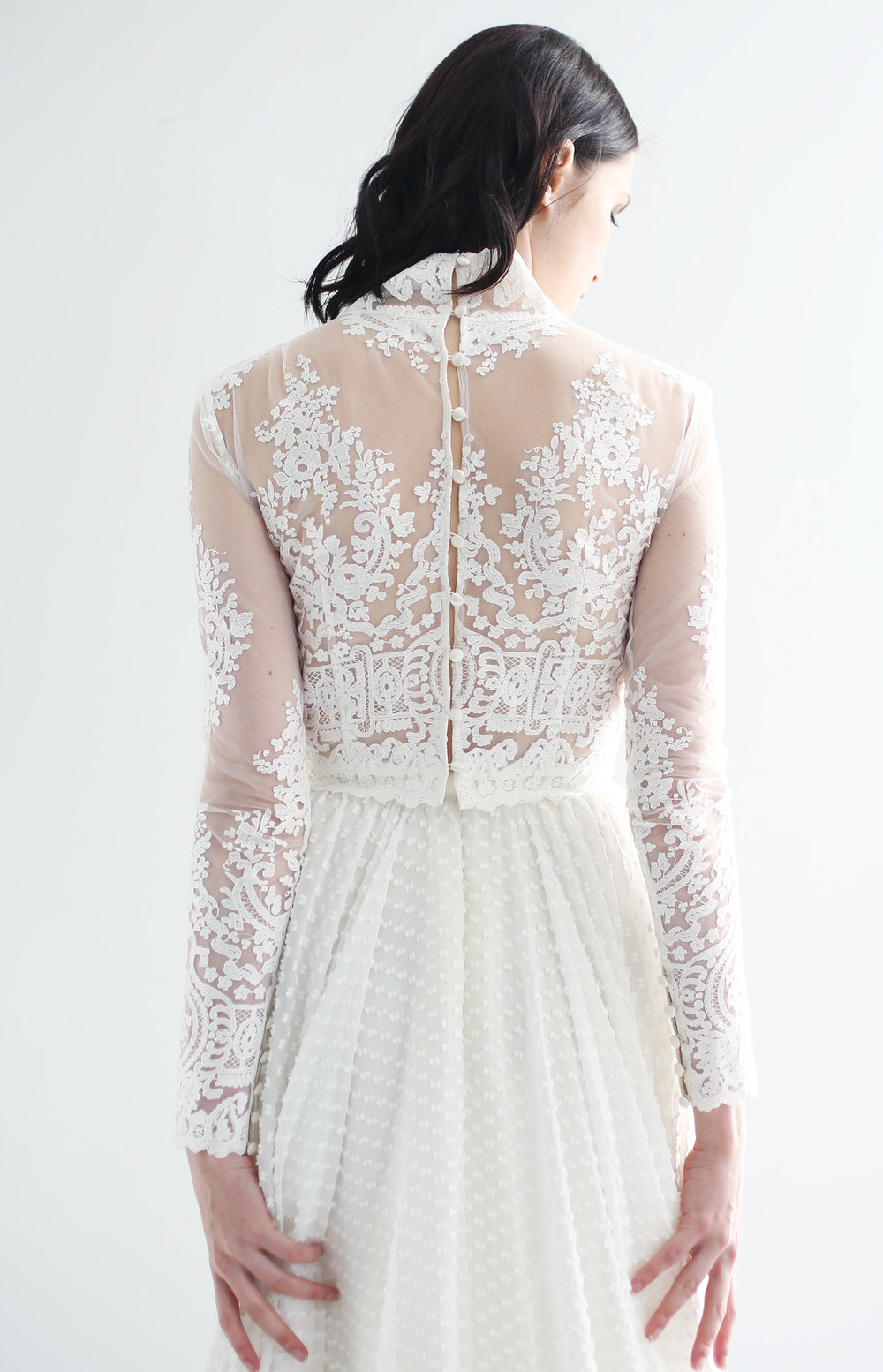 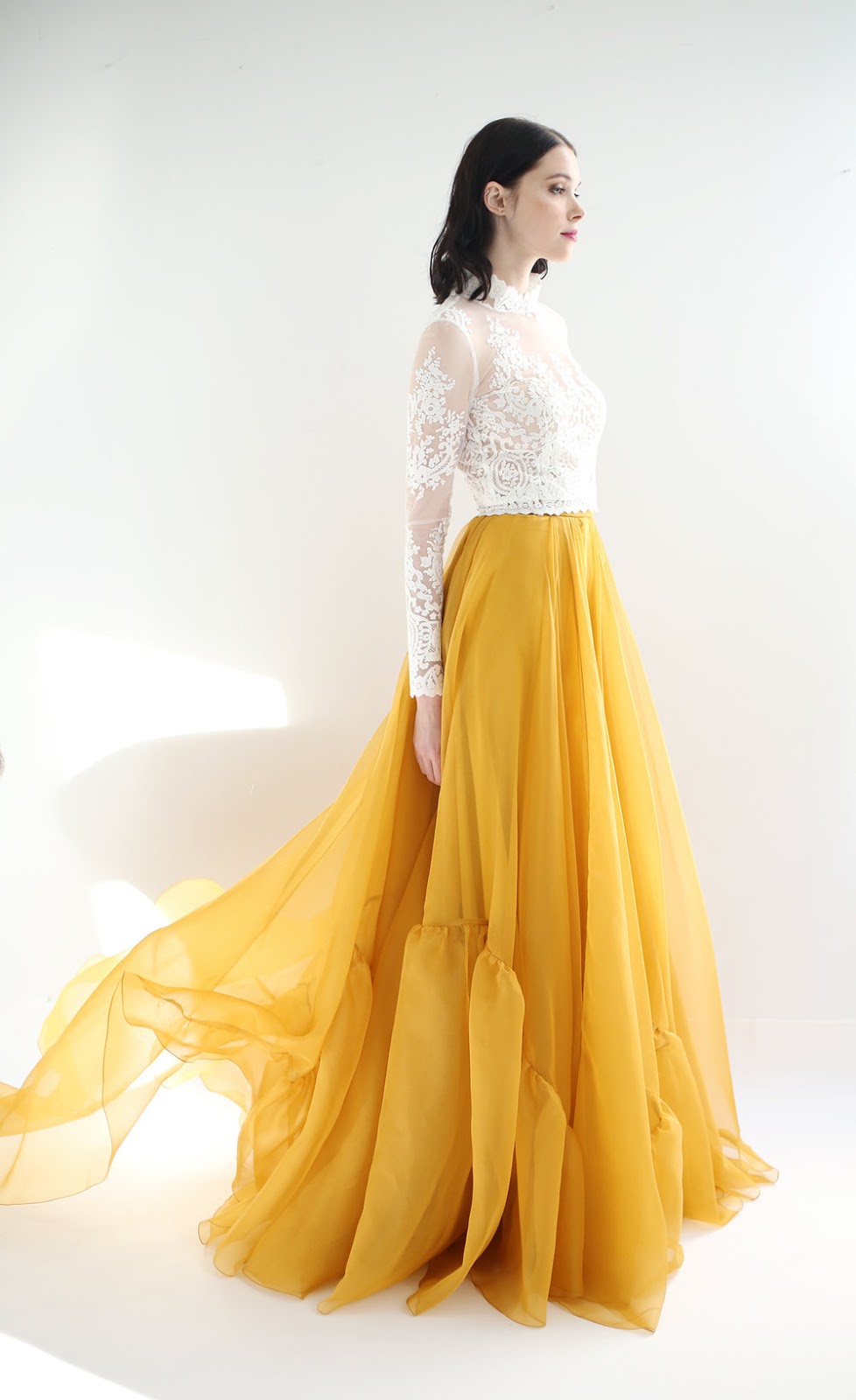 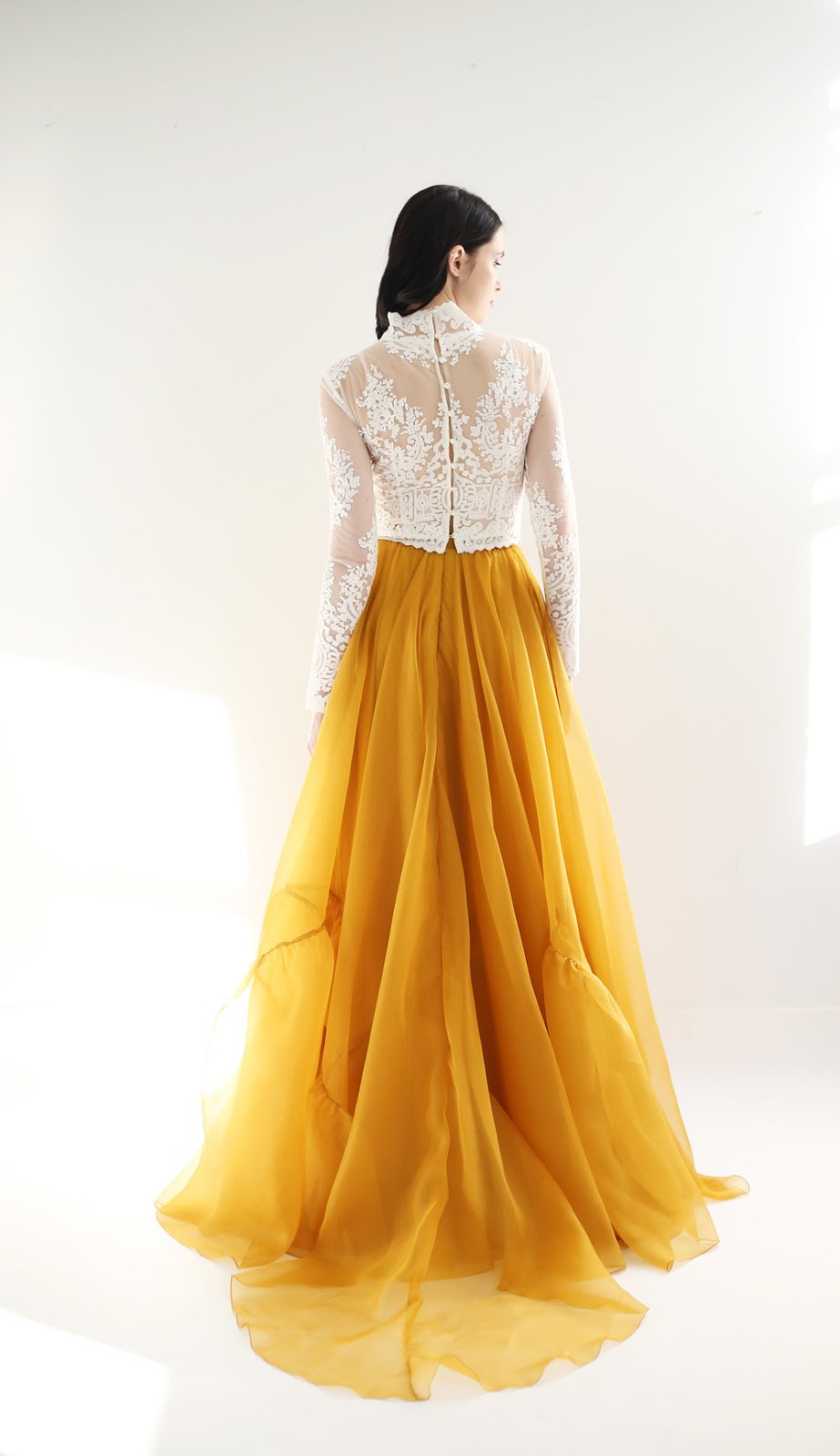 More about the fashion designer
Leanne Marshall was born in Yuba City, California a dreamer of dresses. When most little girls were playing house, Leanne was playing fashion designer with a sketchbook, colored pencils and spare bits of fabric. In no time at all, with the help of a local seamstress, she began bringing her sketches to life. By age 12, her designs were being shown to the public in the form of costumes for her ballet and dance performances. Her natural gift for sketching and design, combined with the thrill she felt at creating costumes for performance, inspired her to pursue a career as a fashion designer.


At age 18, Leanne won the Levi's Dockers Scholarship and was awarded a year of free tuition at The Fashion Institute of Design and Merchandising in San Francisco where she went on to study and graduate. After graduation, Leanne relocated to Portland, Oregon where she developed and launched her first line (previously named Leanimal).

In 2008, what would become a career defining year, Leanne was selected as a contestant for Season 5 of Project Runway. With an unwavering determination, she made it all the way to the finale where she showed her, now famous, wave inspired collection in shades of turquoise, ivory and sand. The judges and audiences worldwide were captivated by her final collection and Leanne was crowned the winner.

Fresh after her Project Runway win, Leanne relocated to New York City where she continued to develop her line. Her RTW collections have shown at New York Fashion Week and fashion weeks around the globe every year since 2008. Leanne has designed clothing for television, editorial and her favorite client, the real woman. Her work has been seen on countless celebrities including Julianne Hough, Paula Abdul, Arianna Grande, Solange, Jane Fonda, Dascha Polance, Jackie Cruz and many more.  Her dresses and gowns have graced the pages of Martha Stewart Weddings, Brides, US Weekly, The Post, TV Guide, The New York Times, People, Elle, LIFE, National Geographic, Lucky and countless others. She is proud to have designed high fashion patterns for Simplicity Pattern Company.

After years of designing custom bridal gowns, Leanne officially launched her signature bridal line in 2011. The sophisticated designs are known for their light, flowing lines, feminine details and timeless elegance. Each dress is handcrafted in the USA using only the highest quality materials. The Leanne Marshall Brand is a staple for the bride who wants a dress that will showcase, not overshadow, her beauty. Attention to high quality standards, proper flattering fits and silhouettes and her unique ethereal approach to bridal have made Leanne a go-to for the modern bride. The bridal collection is carried in over 50 boutiques internationally and online.

Leanne's RTW line is shown twice a year at official IMG New York Fashion week venues with many celebrities in attendance. With touches of classic and modern, sophistication and youth, Leanne Marshall has captured an effortless grace and timeless elegance in her collection.