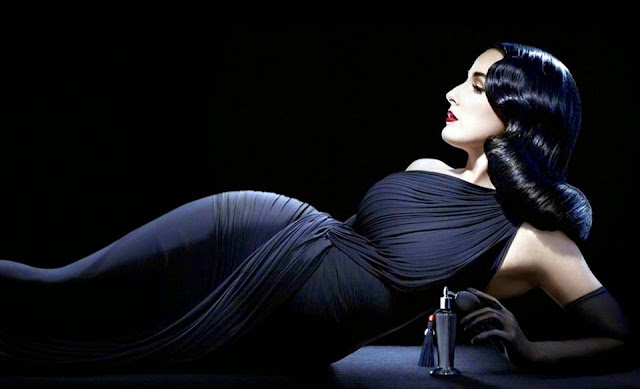 Dita von Teese Fragrances
Dita von Teese is an US-American representative of the new burlesque. She stands in the limelight as a cover girl, model and actress. At the age of 12 she moved to Orange County with her parents and her sister, where she started to develop her fascination for different styles. Consequently it was only logical for her to study historic costuming. We can now admire her own fashion creations and it was therefore the obvious next step for her to launch her own fragrance creation - the perfume “Dita von Teese”.

Dita von Teese - the goddess of femininity. Dita embodies everything that the modern woman of today wants to be: glamour, elegance and self-assured sensuality. Her first fragrance creation lives up to its name - Dita von Teese - pure womanliness, beauty and femme total. The black flaçon is reminiscent of her shapely female curves and becomes more slender towards the bottom. She maintains a retro look: the flaçon is created in a retro design, just like the fragrance. Her appearance and her fragrance cast a spell on men and make them fall on the their knees.