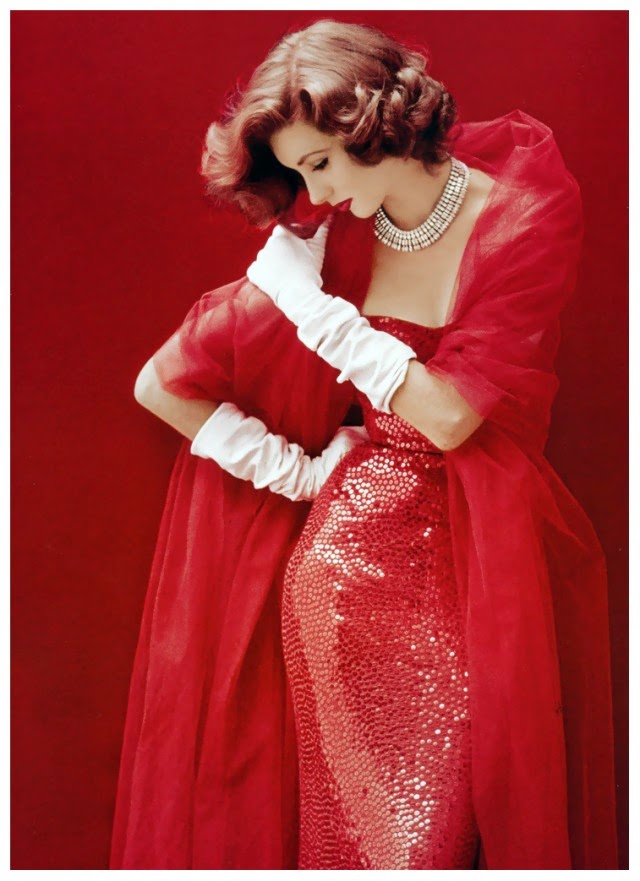 Norell was born Norman David Levinson, in Noblesville, Indiana, on 20 April 1900, the son of Harry and Nettie Levinson. As a child his attention to fashion derived from his mother's style of dress and her collection of fashion magazines. His father's haberdashery store in Indianapolis and his early interest in clothes, interiors and the theater. At the age of 18 Norell went to New York City to attend the Parsons School of Design. Norell's relationship with the school developed with his success and Parson's claimed Norell as one of its illustrious graduates. Following a year spent back in Indianapolis opening a batik shop, Norell returned to New York to study at Pratt Institute in Brooklyn. At this time Norell created a new name for himself by combining the first syllable of his first name with the sound of the initial letter of his surname.

The work of Norman Norell belongs within the exciting forefront of American fashion. From his first Traina-Norell collection in 1941 to the designer's death in 1972, Norell worked within a design vocabulary that presented his vision of the well-heeled American woman. While other American designers such as Claire McCardell presented an American sensibility primarily by redefining sportswear, Norell took a different approach in his career. He is credited with appropriating the quality and workmanship of French couture and applying these features to clothes produced on Seventh Avenue. Norell put an American twist on his highly sophisticated suits and dresses by adding polka dots, sailor collars and schoolgirl bows. Fashion reports during Norell's career often claim that as an American designer Norell created certain styles, such as culottes and high-waisted dresses ahead of his French contemporaries. Norell was a masterful fashion designer who used Seventh Avenue as the unlikely venue for his precisely made and wildly expensive clothes.