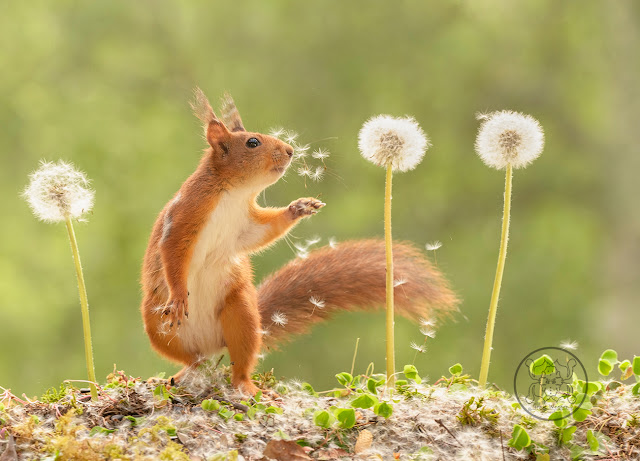 While surfing on Instagram this morning I came across some delightful photos from squirrels lensed by the Dutch / Swedish photographer Geert Weggen. Such beautiful, playful and funny photos to see! I really enjoyed them. Take a look below to get an impression. On his website and various social media are much more inspiring photos to discover, see the enclosed links below. 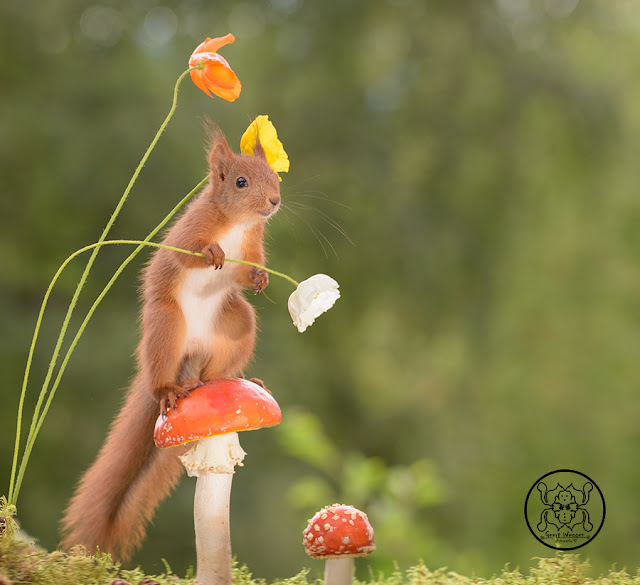 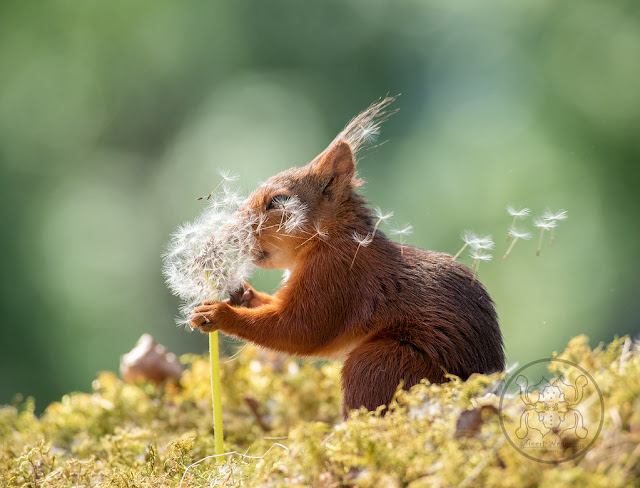 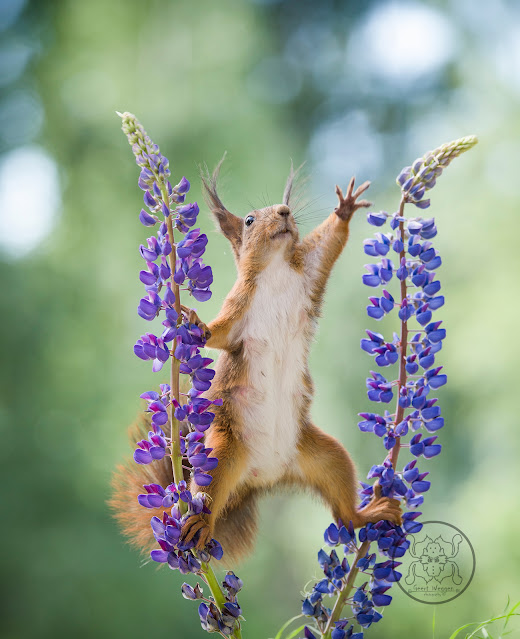 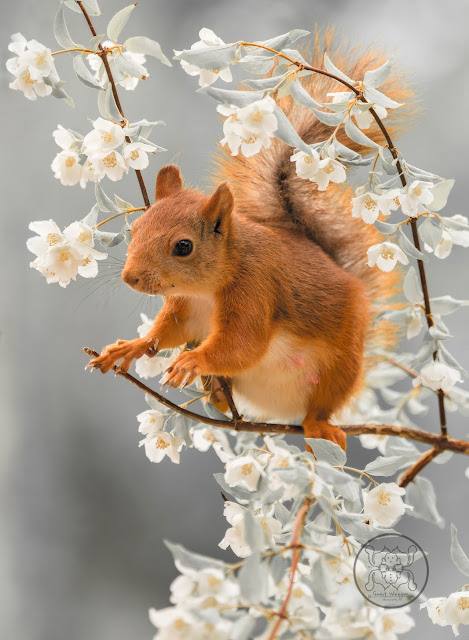 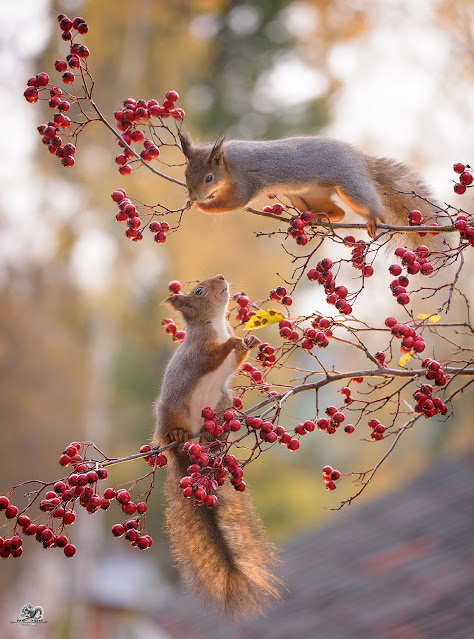 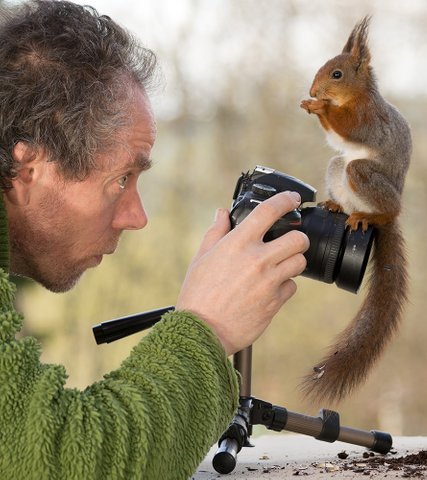 More about the photographer
Geert Weggen is a Dutch / Swedish international awarded photographer specialized in photographing 'Red squirrels'. His work is published wide abroad. In newspapers, books, television programs and magazines, like 3 times in the National Geographic Magazine and a 10 page article in the Nphoto magazine about his squirrel photo workshops.

Geert started with black and white photography in 1986. He did some photo workshops and had his dark room. He became a photographer of a Youth magazine. Then he put away his camera and stopped with photography till the digital camera came out.

In the beginning of the digital camera he created mostly layer art from photos. Until 8 years back there was a fox standing before his door. Geert sprung back into the house to bring some meat. The fox came back daily to get some food and during that time Geert took photos. In the end of these 2 weeks the fox started to come on the balcony and started interacting with props. Not long after that a Russian bird appeared and then red squirrels and other birds appeared too and they always came back to the studio. Now the balcony had become a studio with props and nature material, like mushrooms, cameras, mirrors etc. 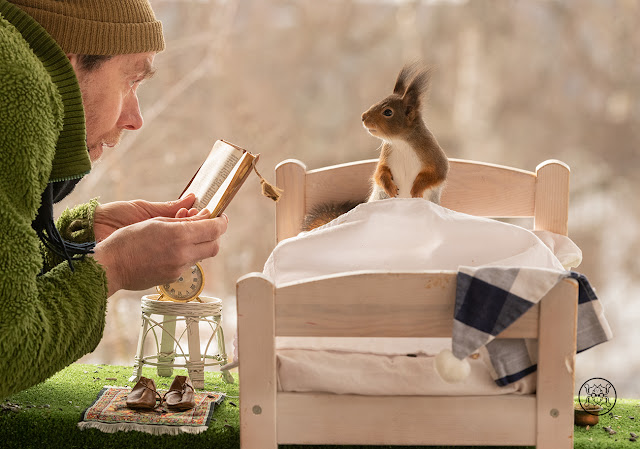 Most photos Geert captures are taken from his kitchen window. Outside is a table, here Geert creates scenes where the squirrels and birds come to eat. The animals visit him on a daily basis in his outside studio. In 2010 he finished building his house in a Swedish village called: Bispgården and he started to use his balcony as a studio in 2013. Geert built a large balcony pointing to the South with a half open roof. This balcony located next to the kitchen became his studio. The snow and rain can come in and also the animals. The studio has the forest beside it. Here the animals come to find some food.

During these years the red squirrels have been used to flashes, camera noises and climb on the photographer. Meanwhile they have built up a special relationship with Geert.

Geert is mostly known for his photos with squirrels and props. They are driving horses, playing in the pool, skating, skiing and doing things which often gives a smile while looking at his photos. A part of the props he is making himself and daily he is looking online on fleemarkets for new props and ideas.

The name of his latest book is called Squirrel Wisdom and next month a new book will be published by the German publisher Coppenrath. Beside that yearly a calendar is published by publisher Willowcreek and Puzzles by Castorland.

Since last year Geert has been organizing Squirrel workshops at his home. Max. 2 persons can join this wonderful 5 days workshop.