I was inspired by this beautiful painting from Spanish artist Julio Romero de Torres - Portrait of a woman. 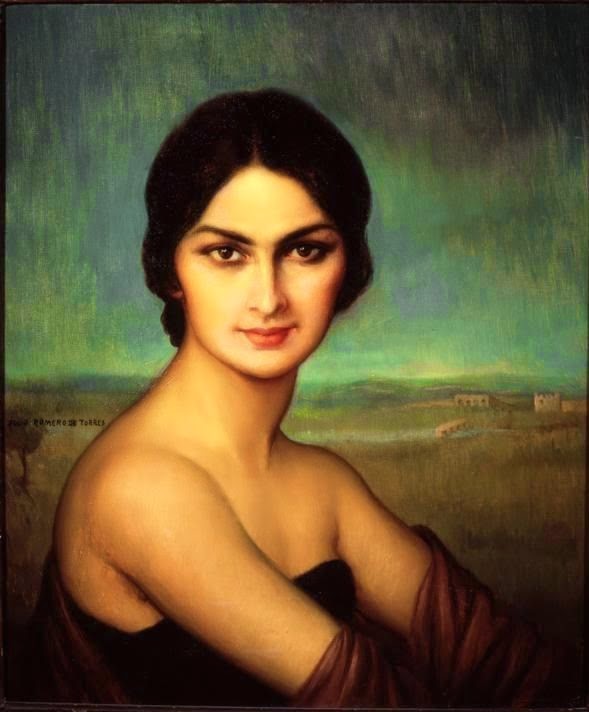 More about the painter:
Julio Romero de Torres  (1874 - 1930) was born in Códorba in Spain which would be the city where he would spend the majority of his life. His father, Rafael Romero Barros, was also a famous Spanish painter as well as being the founder and director of the 'Museo Provincial de Bellas Artes' (Provincial Museum of Fine Arts) in Córdoba. As a result, Julio Romero de Torres was surrounded by art and paintings from a young age. Therefore Julio began learning about art from his father before he began studying in the 'Escuela de Bellas Artes de Córdoba' (School of Fine Arts of Córdoba) at the age of ten. During this time, Julio Romero de Torres surrounded himself with the artistic movements of the time and became very well versed in them. He painted his first known work in 1890 which was called 'La huerta de los Morales' (The Garden of the Morales). He also entered his paintings into many competitions such as the National Exhibition of 1895 in Madrid where he received an honorary mention.
Sources: Spanish Art/Symbolism and Wikipedia.
Placed by ByElisabethNL Op zondag, november 16, 2014