While surfing on internet this morning I found this beautiful artwork from the French artist Francoise de Felice. Love her refined painting as well as her coloruse. I published earlier PART 01. Be Inspired ....... 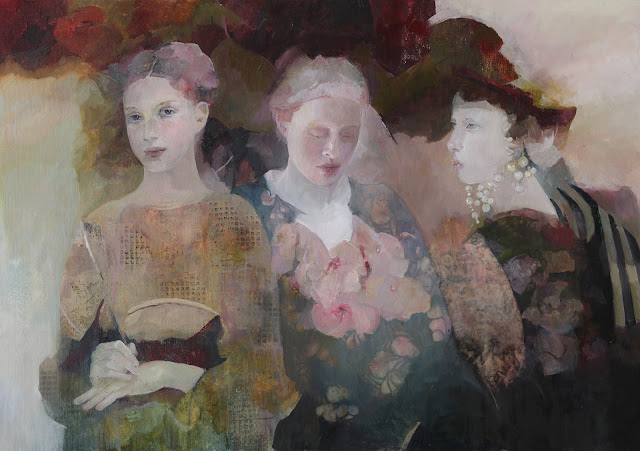 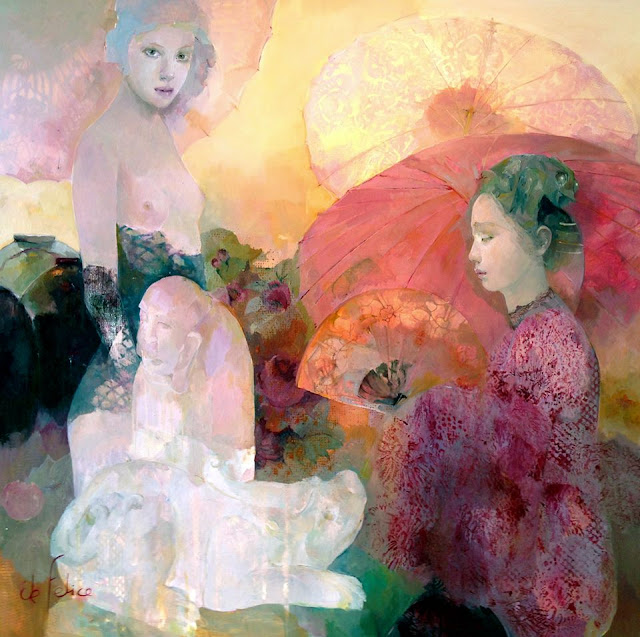 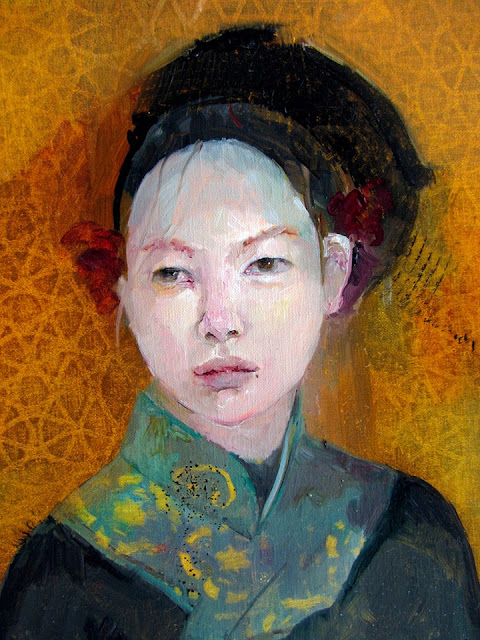 More about the artist:
Françoise de Felice, descendant of an Italian father and French mother, was born in Paris where she lived until she was 20 years of age. As a child Françoise de Felice was introduced to art by her grandmother. Later whilst at the Sorbonne she also attended the Beaux Arts. Her initial introduction was to that of Impressionism.

Françoise de Felice then left France for Sicily where she found that the French Impressionism was not enough. There she developed her own style, letting go of the well worn paths in order to create her own style. Inspired by the magnificence of The Sicilian baroque and the light of the island she reached out further to an almost liquid yet precise line. Her style derives both from instinct and depth of thought. The compositions of her paintings are an introspective story, one of self analysis.

After a number of comings and goings between the mediterranean and France, Françoise de Felice settled on the Ile de France close to Paris. Her works have been exhibited well in France and also Europe in Padua, Rome, London, Paris and Geneva. 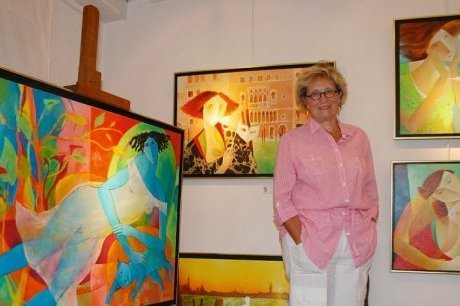