While surfing on internet tonight I found this elegant chair. It's the Melrose Mini Chair from Eva Quateman Essentials. Love the Black and White pattern too. On their website I found more interesting furniture design, see the link below. Be Inspired ...... 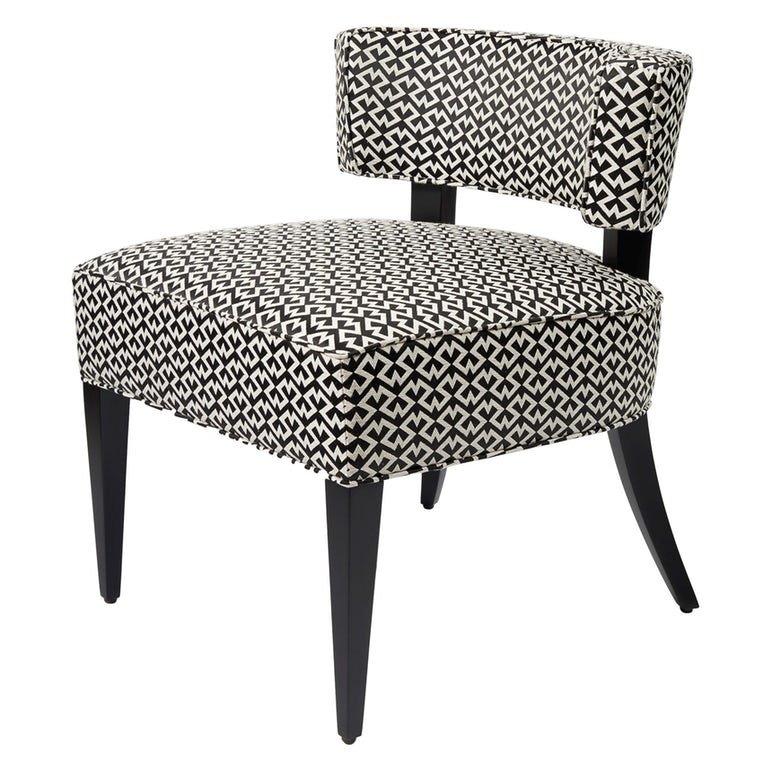 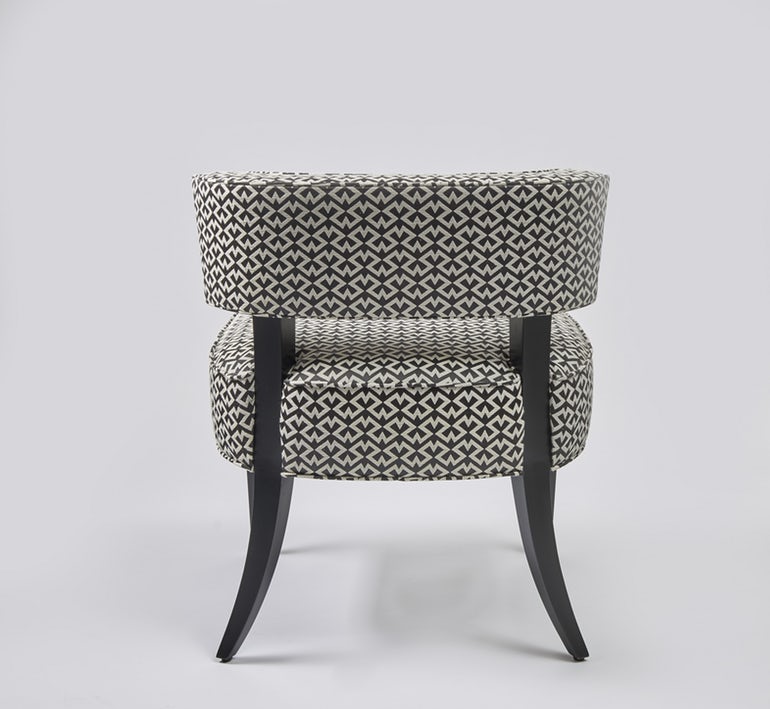 The launch of the iconic perfume Opium by YSL in 1977

Yves Saint Laurent began revolutionizing the fashion world more than three decades ago. Opium, his signature scent, continues to dazzle. Below you will find several photos with text from the launch of his perfume Opium in 1977 at the Seaport NYC. Sultry, seductive, successful - these have all become the signature descriptors of Yves Saint Laurent’s now iconic perfume, Opium. Be Inspired ...... 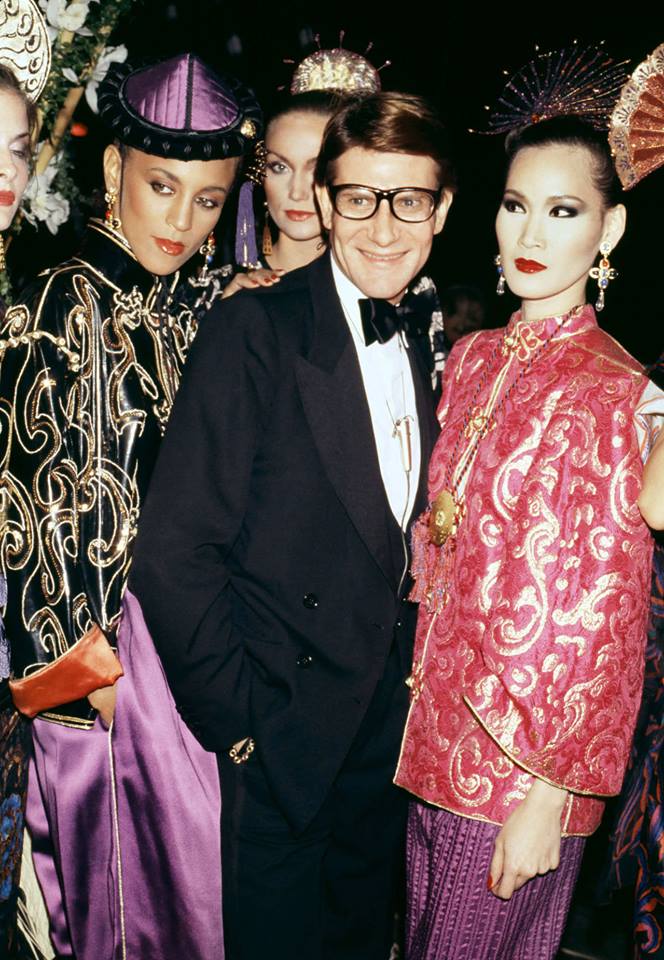 Take a step back in time. It is 1977 France. Elegant decadence and open, relaxed sexual expression rule the runways and the streetscapes. Yves Saint Laurent, the revolutionary fashion designer largely responsible for putting modern women into pants and men’s tuxedo jackets, is about to shake up the fragrance world. On avenue Marceau, together with a few journalists and friends, Mr. Saint Laurent unveils Opium, a fragrance unlike anything else and one that will pave the way for the floral-Oriental scents that follow in the 1980s. Opium is a unique blend of warm and cool, evoking sensuality and opulence. The eau de parfum and eau de toilette open on a wave of mandarin and bergamot, enriched and enlivened by jasmine, spicy carnation, lily of the valley, myrrh, vanilla, amber and patchouli.
Opium also paves the way for innovation, audacity and luxury — all hallmarks of a progressive advertising campaign that features a unity vision, messaging and design. The strength of the product and the campaign not only breaks tradition, it will lead the launch of Opium to break its own marketing department’s initial sales plan. Sales are 15 times greater than expected. One month before Christmas, the brand is unable to keep up with demand in France. Clients pay one year in advance to ensure they will get their own Opium bottle.
Sultry, seductive, successful — these have all become the signature descriptors of Yves Saint Laurent’s now iconic perfume, Opium. But by the time it made its U.S. debut in 1978 aboard the tall ship Peking berthed at New York City’s South Street Seaport in the East Harbour, Opium was nothing short of scandalous. Its grand entrance almost never happened because of its controversial name and the fear and resentment it elicited on the part of a few loud voices. But it did happen and society pages showcased the U.S. Opium launch as the much-anticipated event it was.
Thank you for reading this blogpost.
Sources: National Post, Marie Claire Italy, Google (01) and Google (02)
Placed by ByElisabethNL Op zondag, juli 29, 2018 Geen opmerkingen:

This endless swimming pool will be my new gym!

While surfing on internet this morning I saw this fantastic swimming pool with lots of possibilities. It's from the brand Endless Pools. You can combine here swimming, fitness, wellness, relaxation all together with a dedicated spa. You can regulate the temperatures on both sides independently. There is an optional underwater treadmill, low-impact exercise equipment plus relaxing warm water hydrotherapy. This all make it easy to swim, run, exercise. And then relax, all in the privacy of your own backyard, anytime you want. Be Inspired ......
Thank you for reading this blogpost.
Sources: Endless Pools, You Tube, Pinterest and Enless Pools NL
Placed by ByElisabethNL Op zaterdag, juli 28, 2018 Geen opmerkingen:

Be Inspired by this beautiful renovated Malibu home by Cindy Landon & Malibu architect Doug Burdge. Almost three years ago, Cindy Landon decided she was ready to move out of the house she built with her late husband, TV star Michael Landon, on an 11-acre land in Malibu, California. She looked around and came across a beautiful double-parcel beachfront property on Seafield Drive with an older house that needed some work. She took on a major renovation with the help of Malibu architect Doug Burdge. Take a look at these photos below. The ocean view is spectacular!. It’s also lushly green on the property with a gazebo and koi pond.

"I redid everything inside. The house is now upgraded with smart home technology, state-of-the-art appliances and all the high-quality finishes and amenities," said Ms. Landon, 61, a film producer known for "The Game Changers (2018)" and "Sanctuary (2016)." The 6,904-square-foot residence has 5 bedrooms, 6 bathrooms, a chef’s kitchen, a media room with a wet bar, a wine cellar and a humidor. The best part of the house is that every room has amazing views. And the sliding glass walls blend the indoor and outdoor living seamlessly", Ms. Landon said.

I am in love with this renovation project! Love the designs of the kitchen, the living room, the master suite and master bathroom, the atrium, the garden design. Great to see the choices of quality pieces for interior design, the soft toned color use like soft whites, beige, gray and browns as well as the flooring. ♥♥♥ 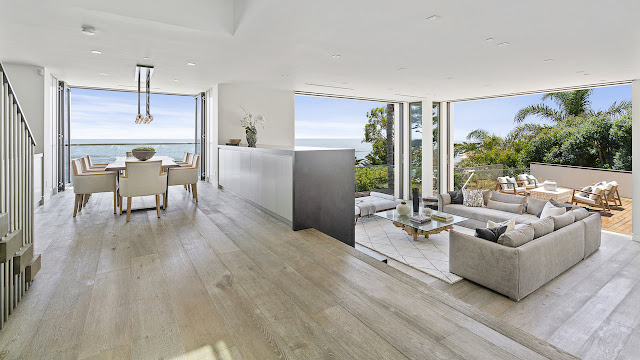 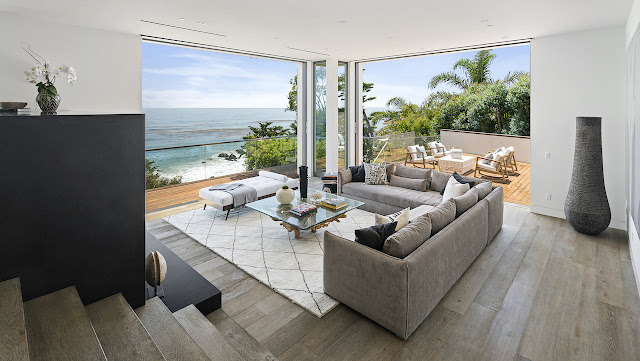 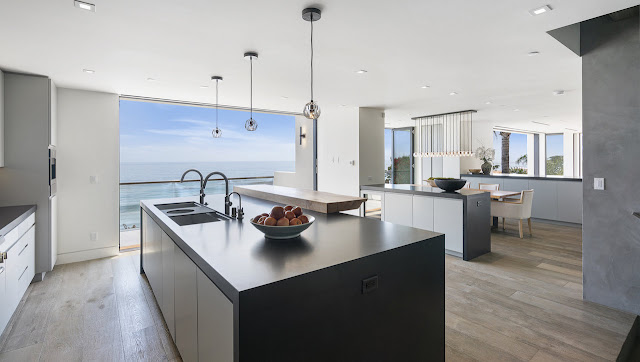 While surfing this morning on internet I found this beautiful painting 'White & Pink Roses on a Forest Floor' by Margaretha Roosenboom. Be Inspired ...... 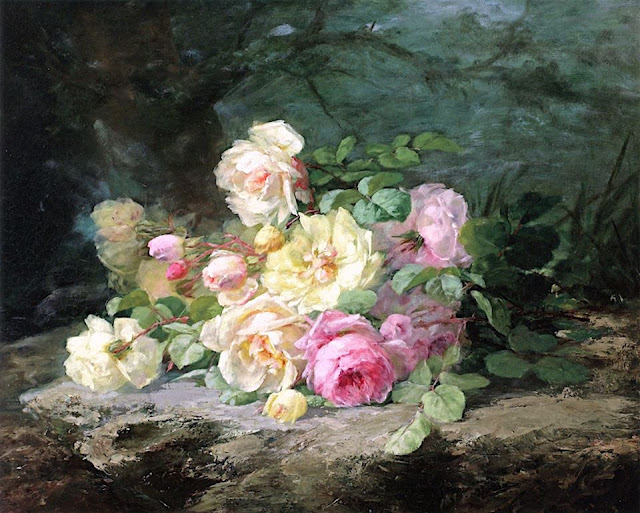 Travel to the Mediterranean ..... to Tuscan landscapes and Italian or Grecian inspiration with these stunning courtyard and outdoor space designs. With water features, porticos, stone and tilework, sculptures and more, these spaces are design dreams where every detail matters. Be Inspired ...... 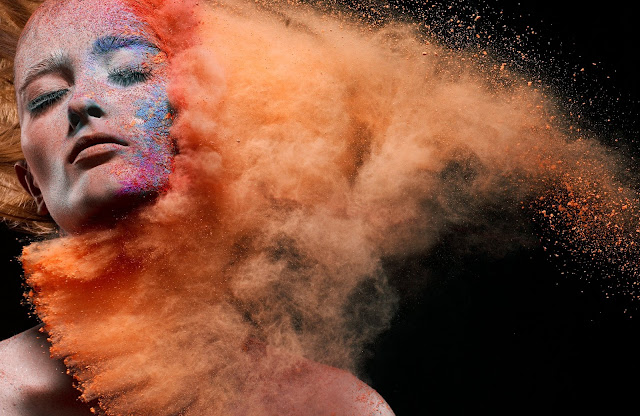 More about the artist
Iain grew up in Africa and Malaysia and developed a passion for photography at an early age. On moving to London, he worked as an account handler for Saatchi & Saatchi but left to pursue his photographic career. After spending several years living and working in New York, he is now based back in London but continues to work internationally.

Iain loves to capture images that have a strong graphic and textural quality, often searching out the graphical symmetry in chaos, while still maintaining the personality and emotion of the subject. His career has lead him to shoot campaigns for many of the world’s top brands and receive commissions from a host of top international magazines.

Commenting on the paint shoot, Iain says: ‘I love the fusion between paint and model. The resulting shapes are as opulent as any piece of bespoke couture. The excitement and anticipation as we waited to see the next piece of unpredictable chaos was electric. There was something magical about how random chance materialised into beautiful images in front of our eyes.

The flower fields are in full bloom at Castelluccio di Norcia, in the Umbria region of central Italy. Here is a look at the annual display of striking colors. Be Inspired ....... 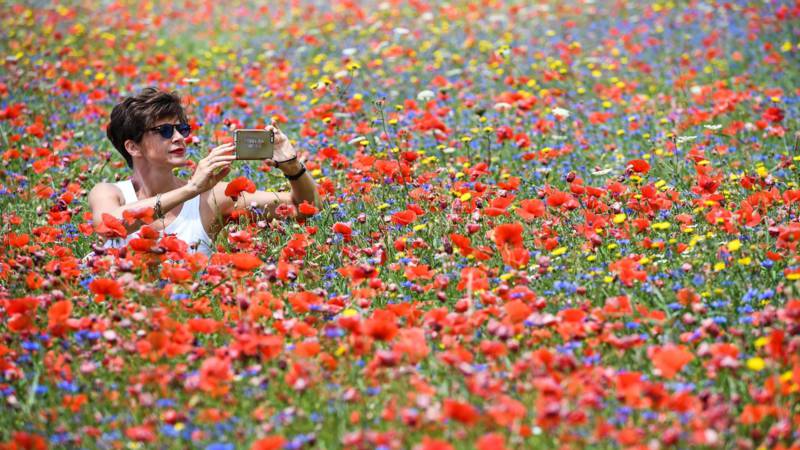 Beautiful bathrooms for all the design inspiration you need. From petite powder rooms to grand home spas. Be Inspired.

Highlights from the combined fashionshow for menswear and womenswear from Emporio Armani for Fall/Winter 2018, seen at Milan Fashion Week 2018. Be Inspired ........ 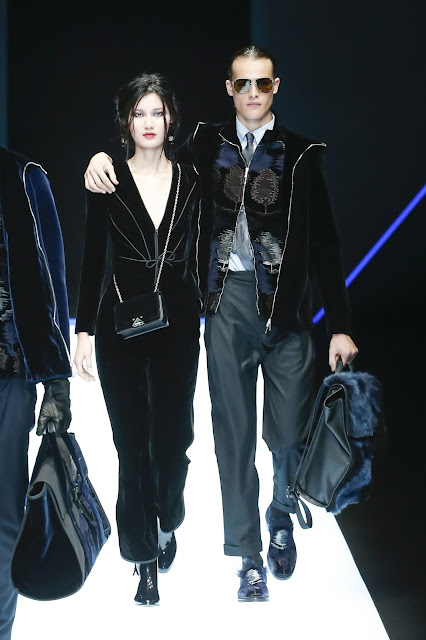 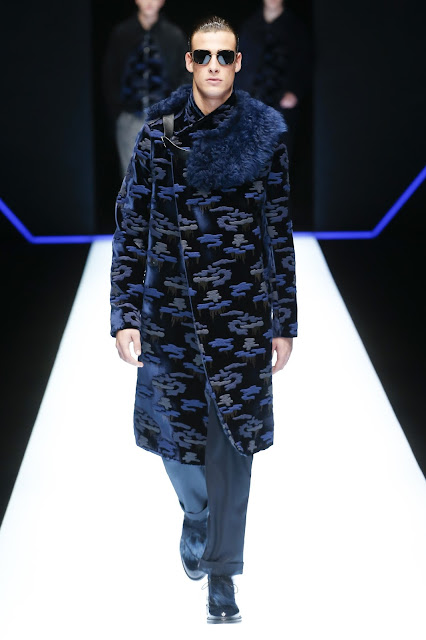 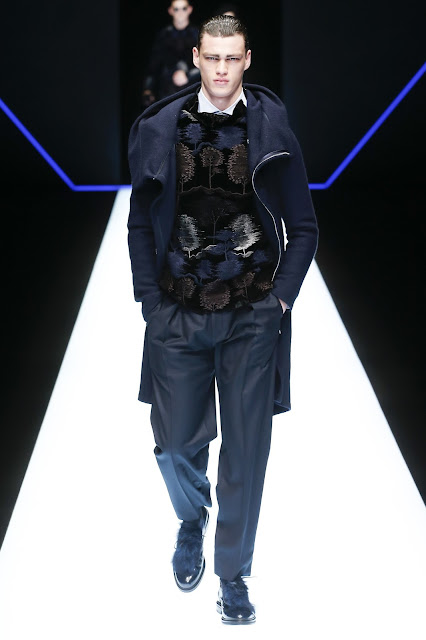 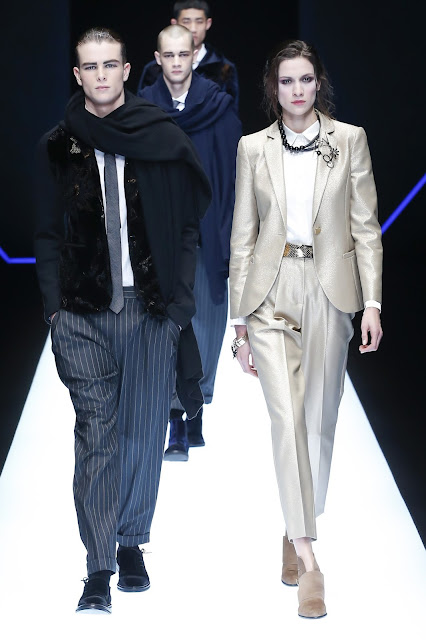 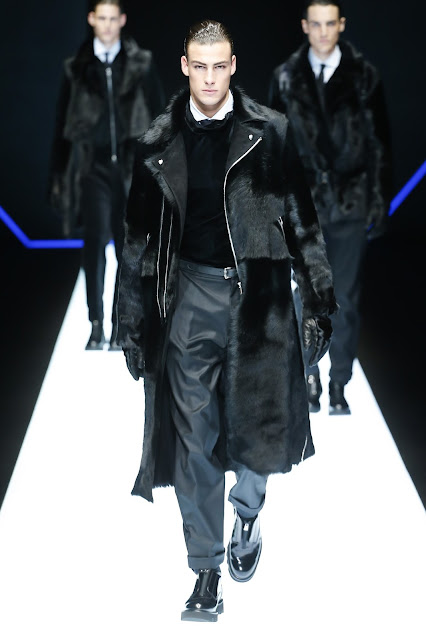 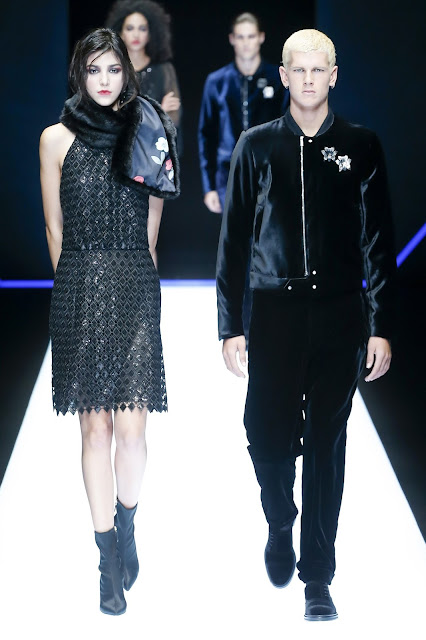 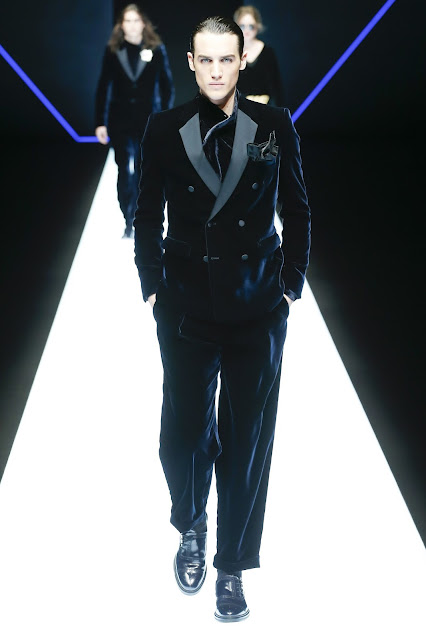 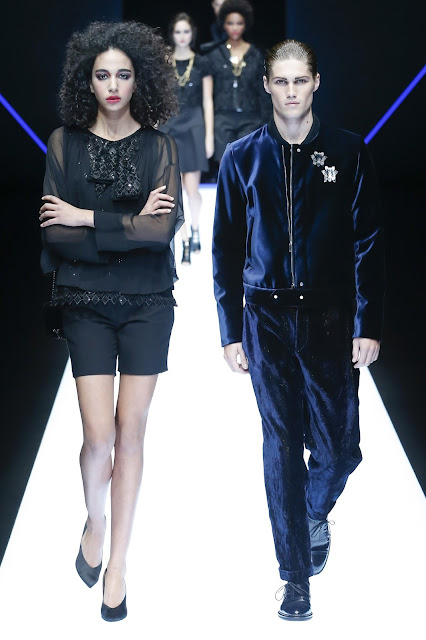 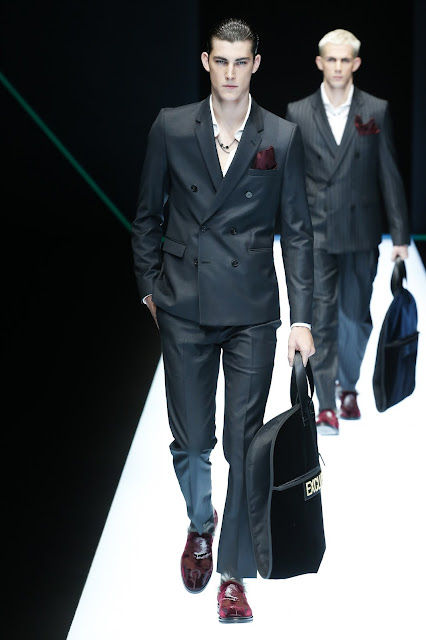 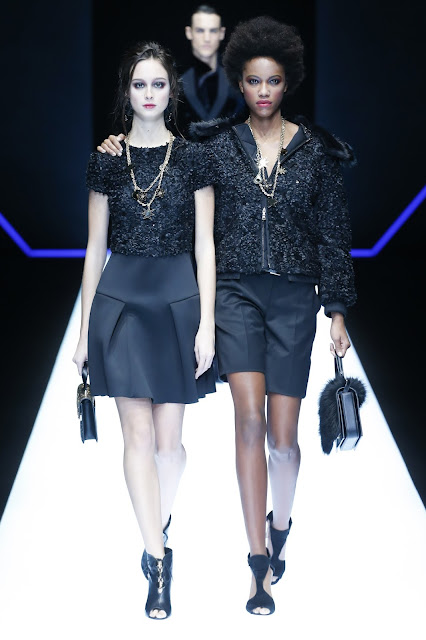 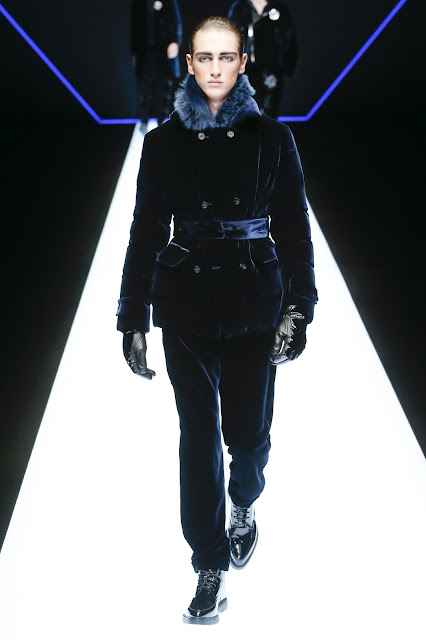 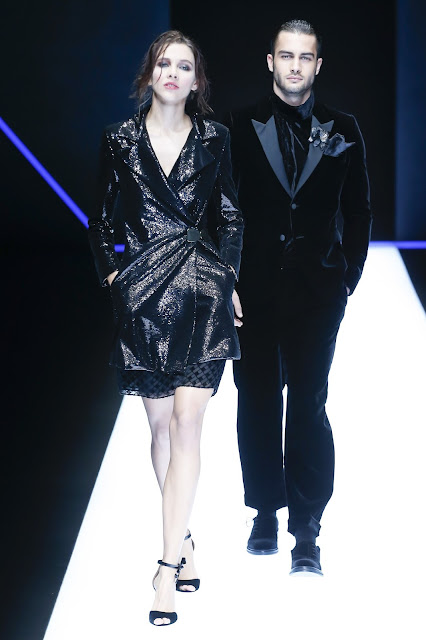 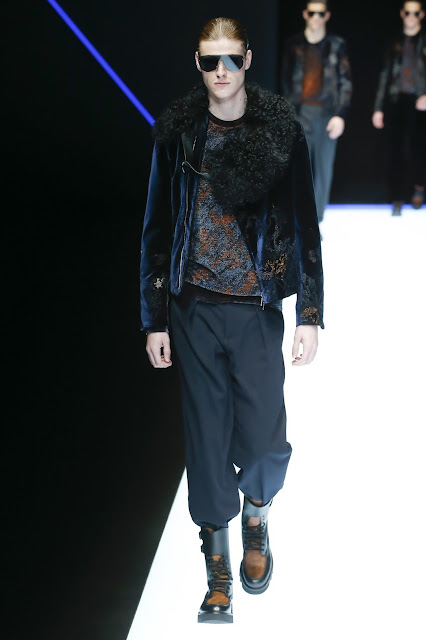 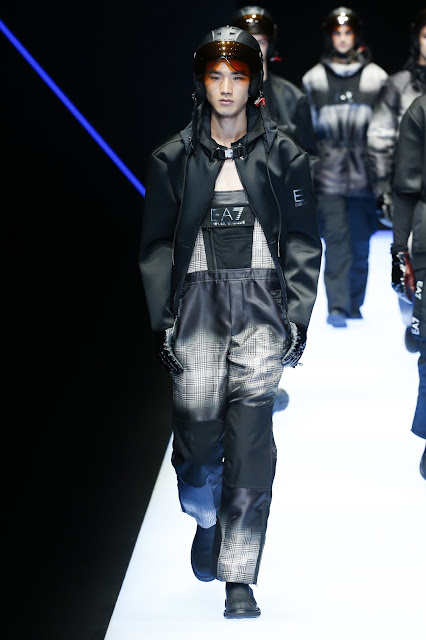