While surfing on internet today I found this inspiring menswear collection from the British-Turkish fashion designer Hussein Chalayan for the season Fall 2018. Love the mustard yellow ensemble too. Be Inspired ..... 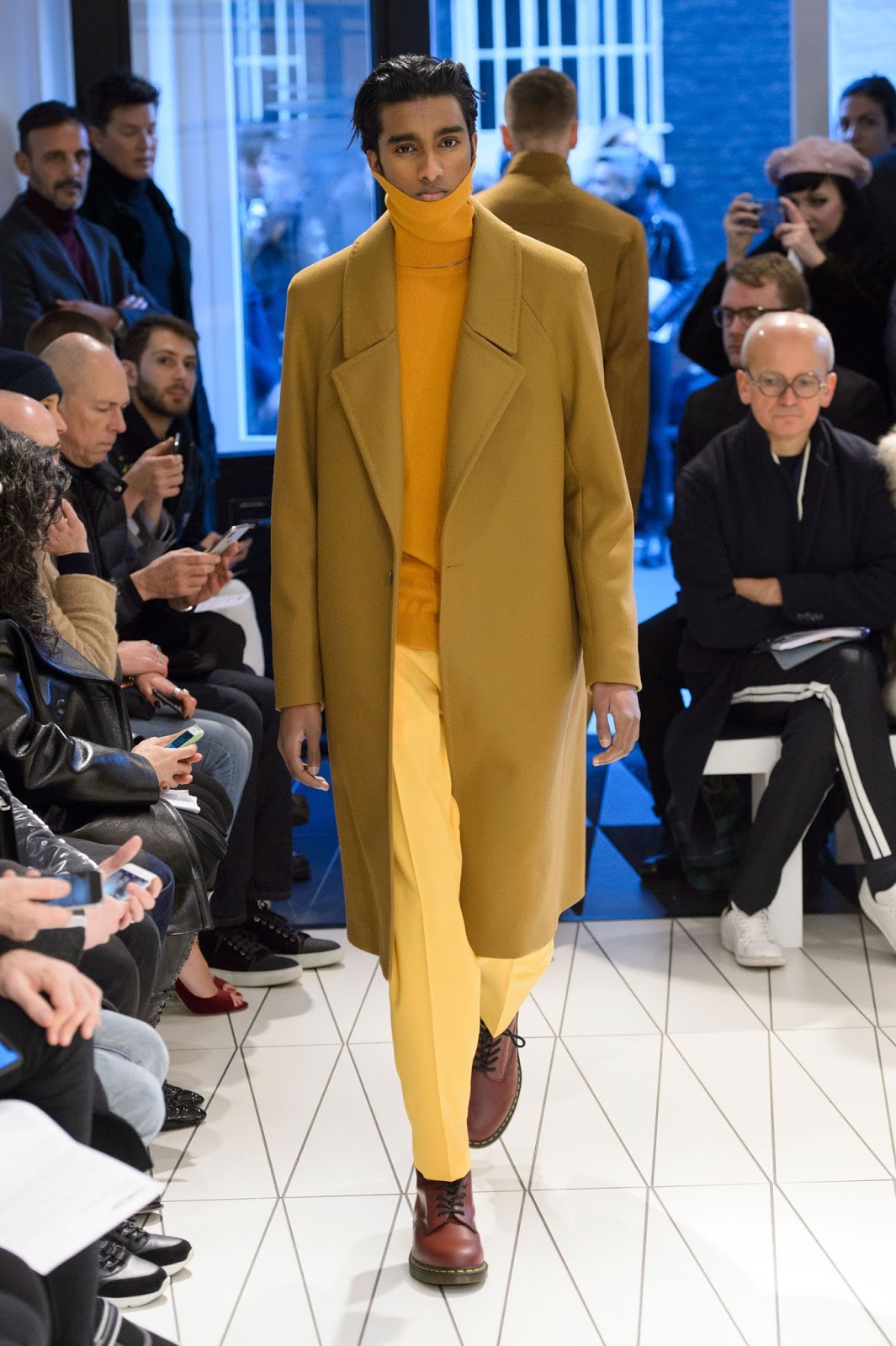 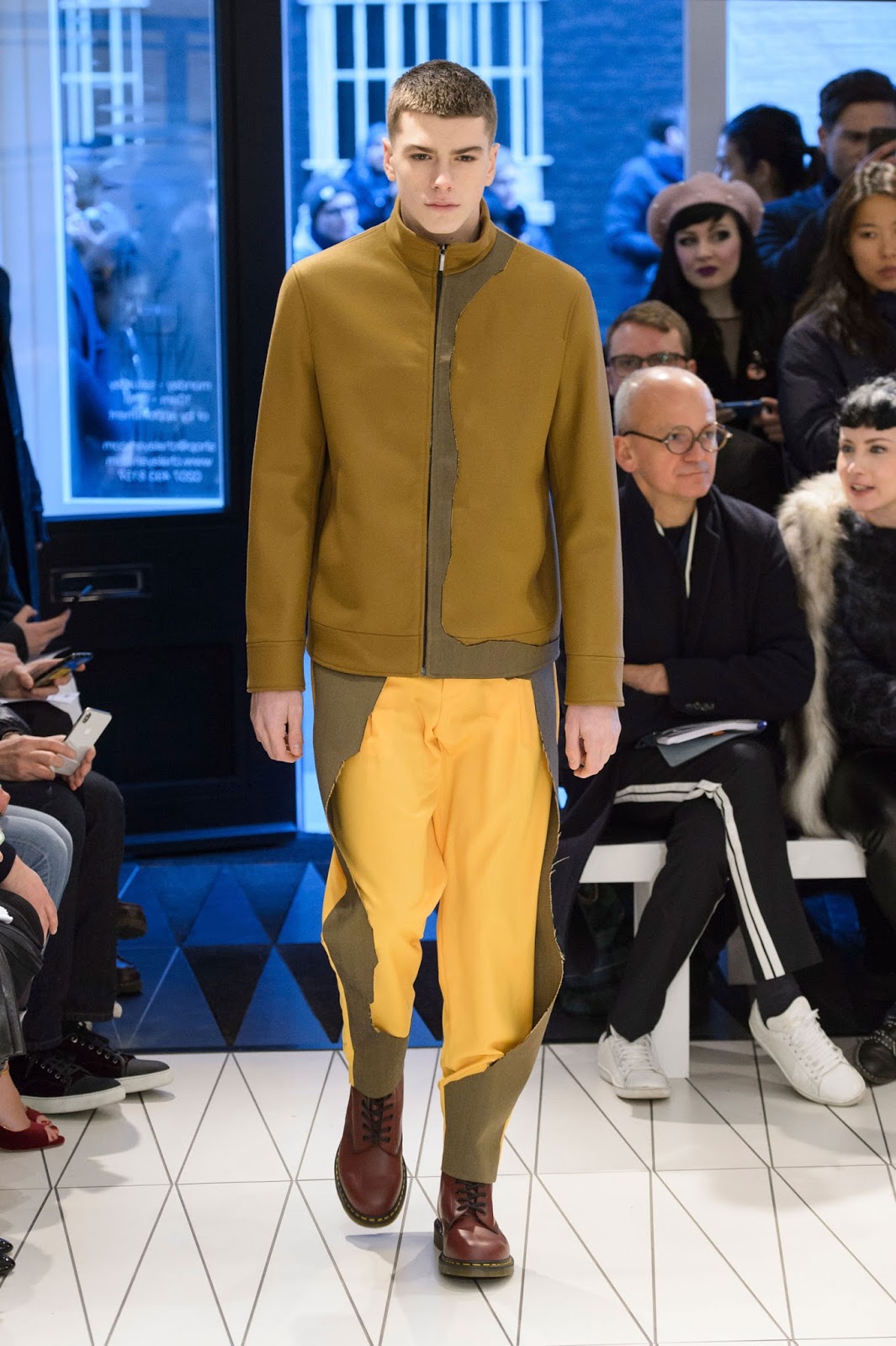 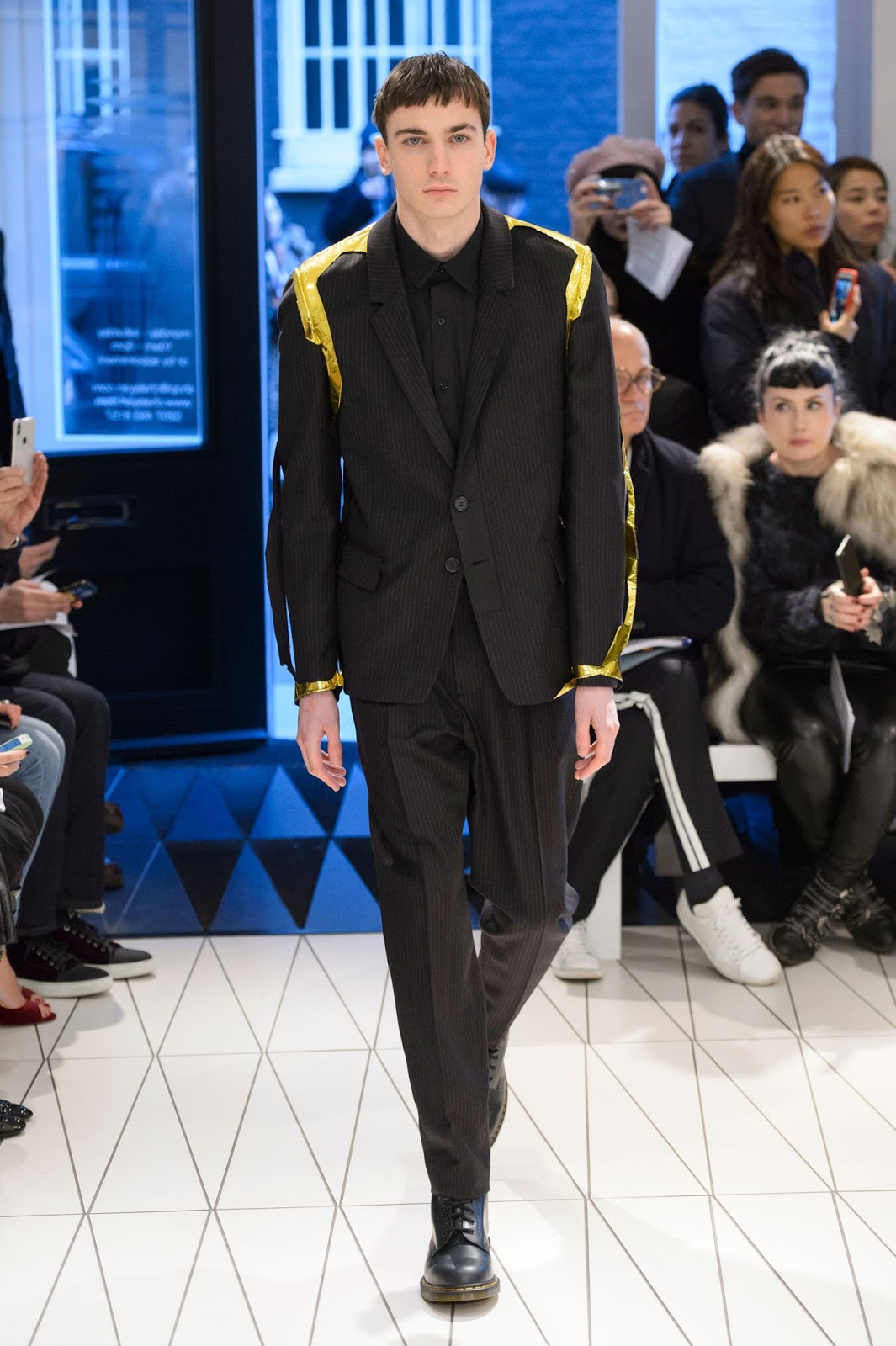 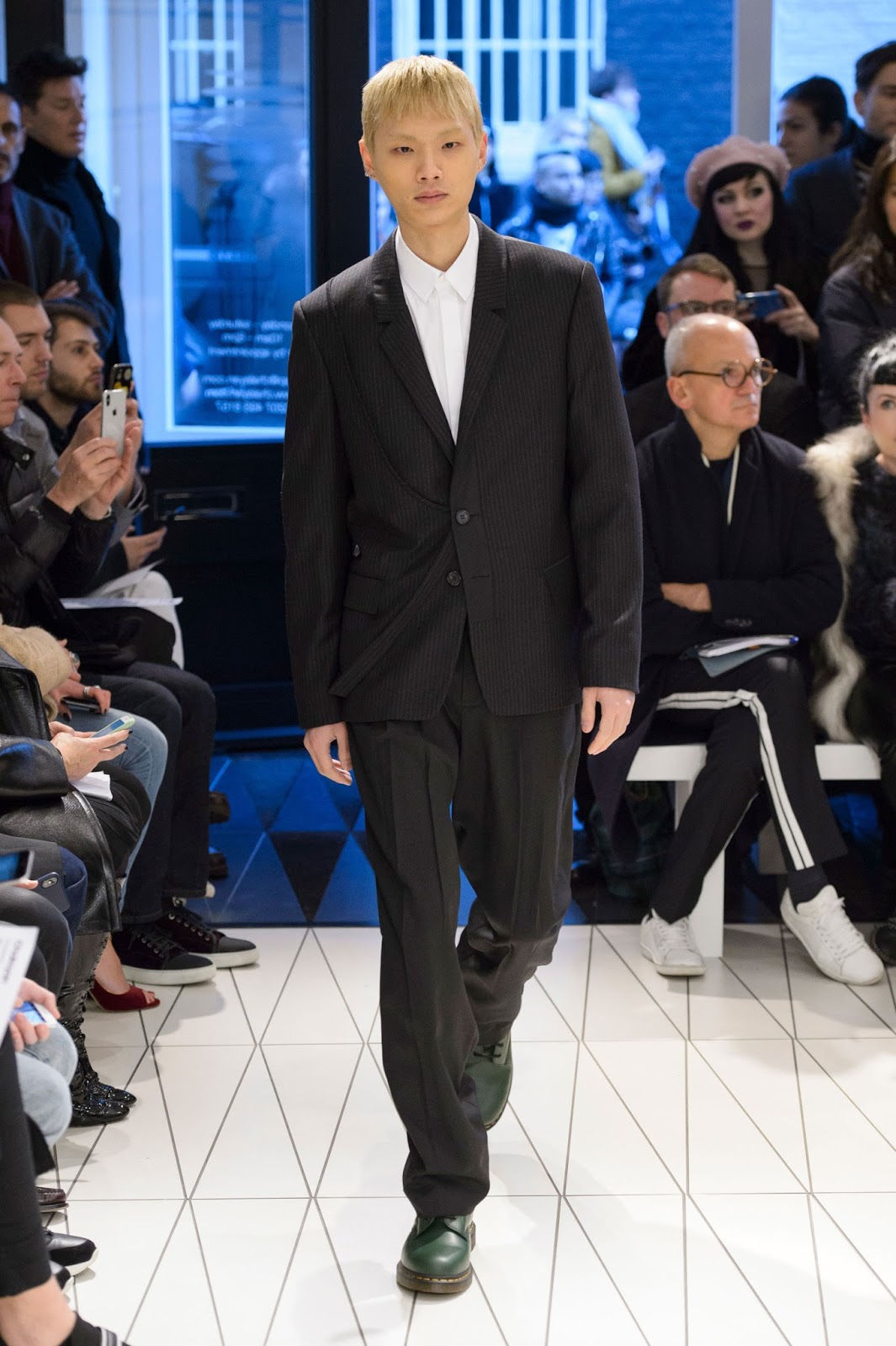 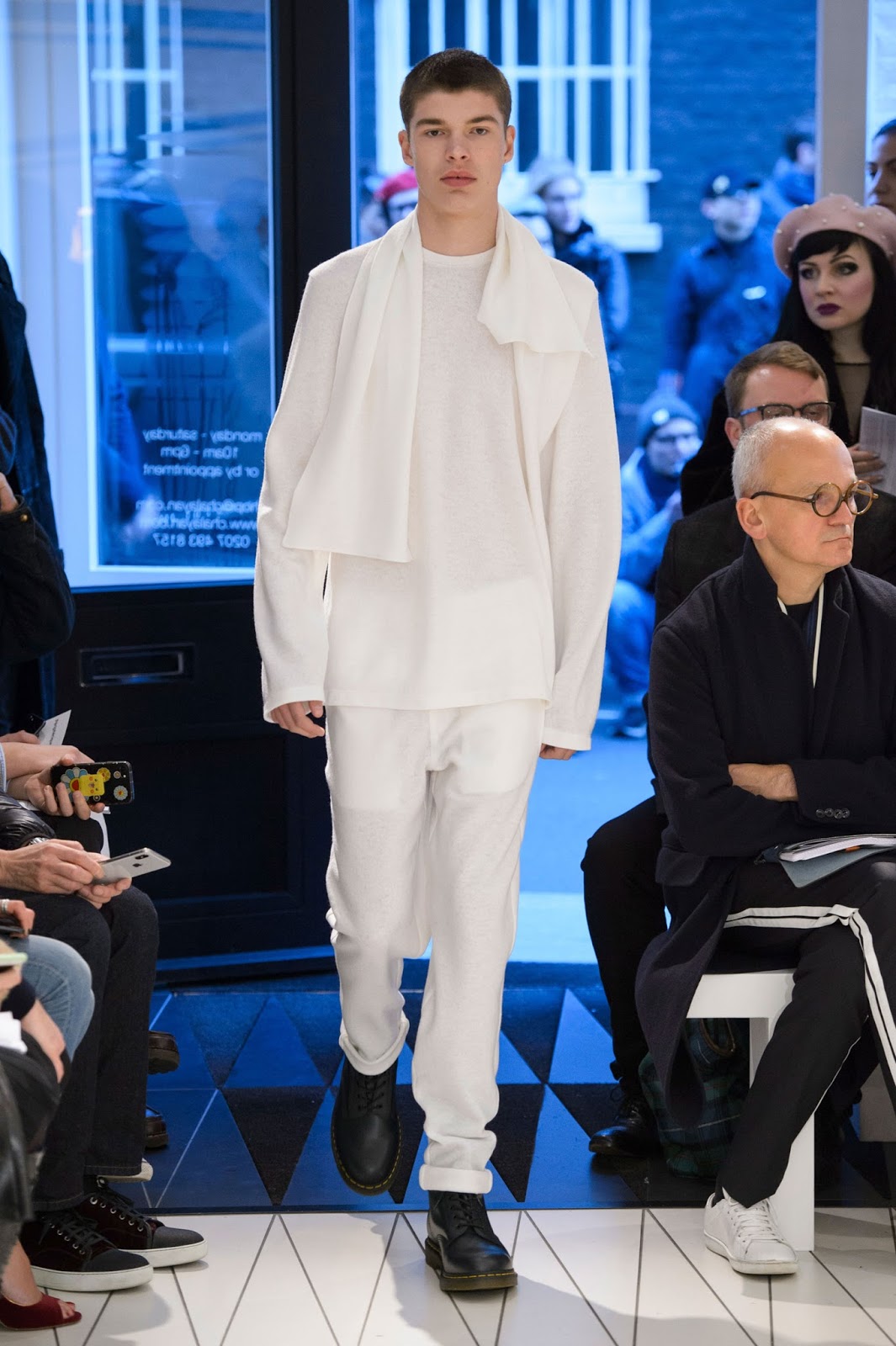 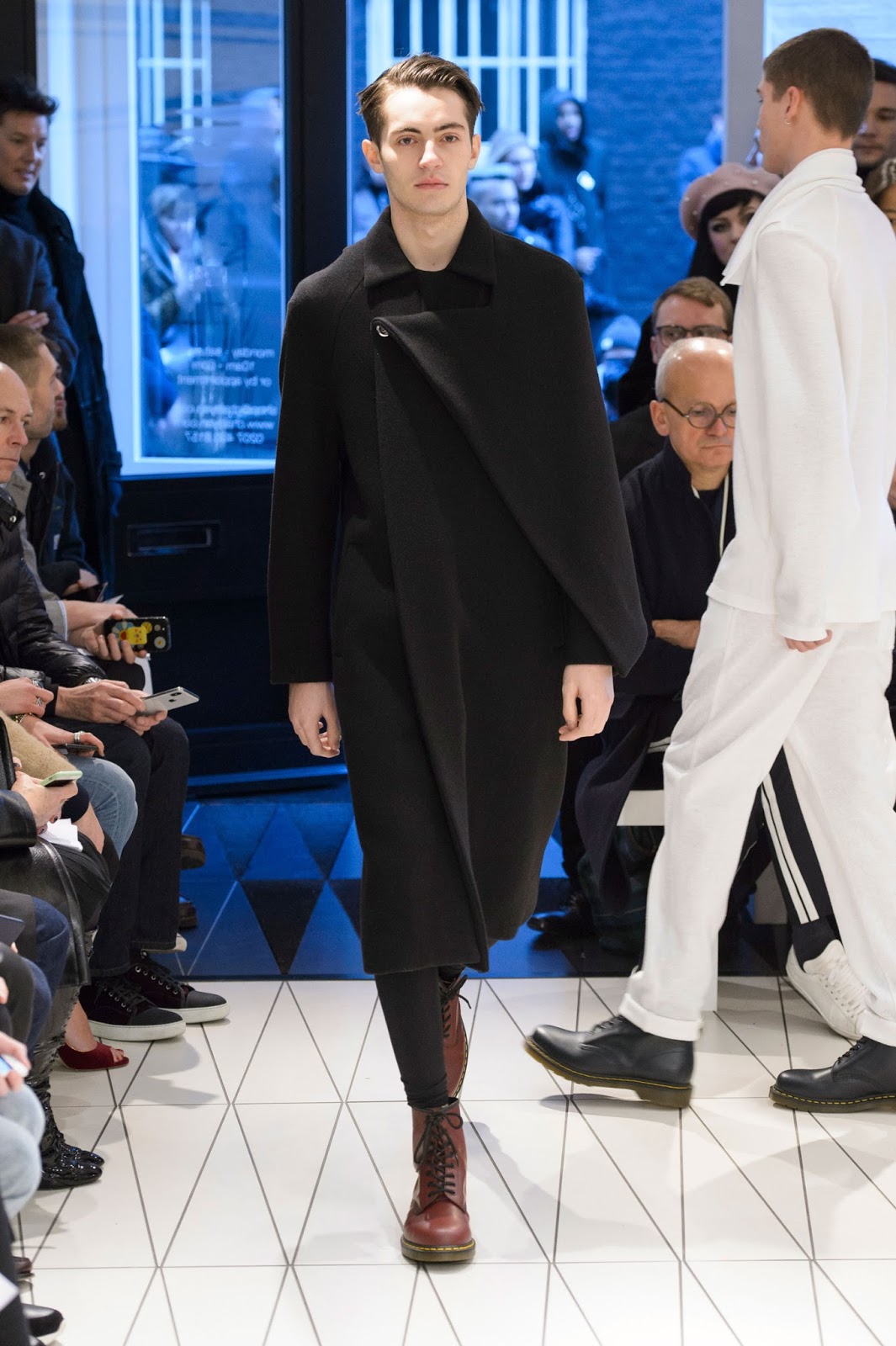 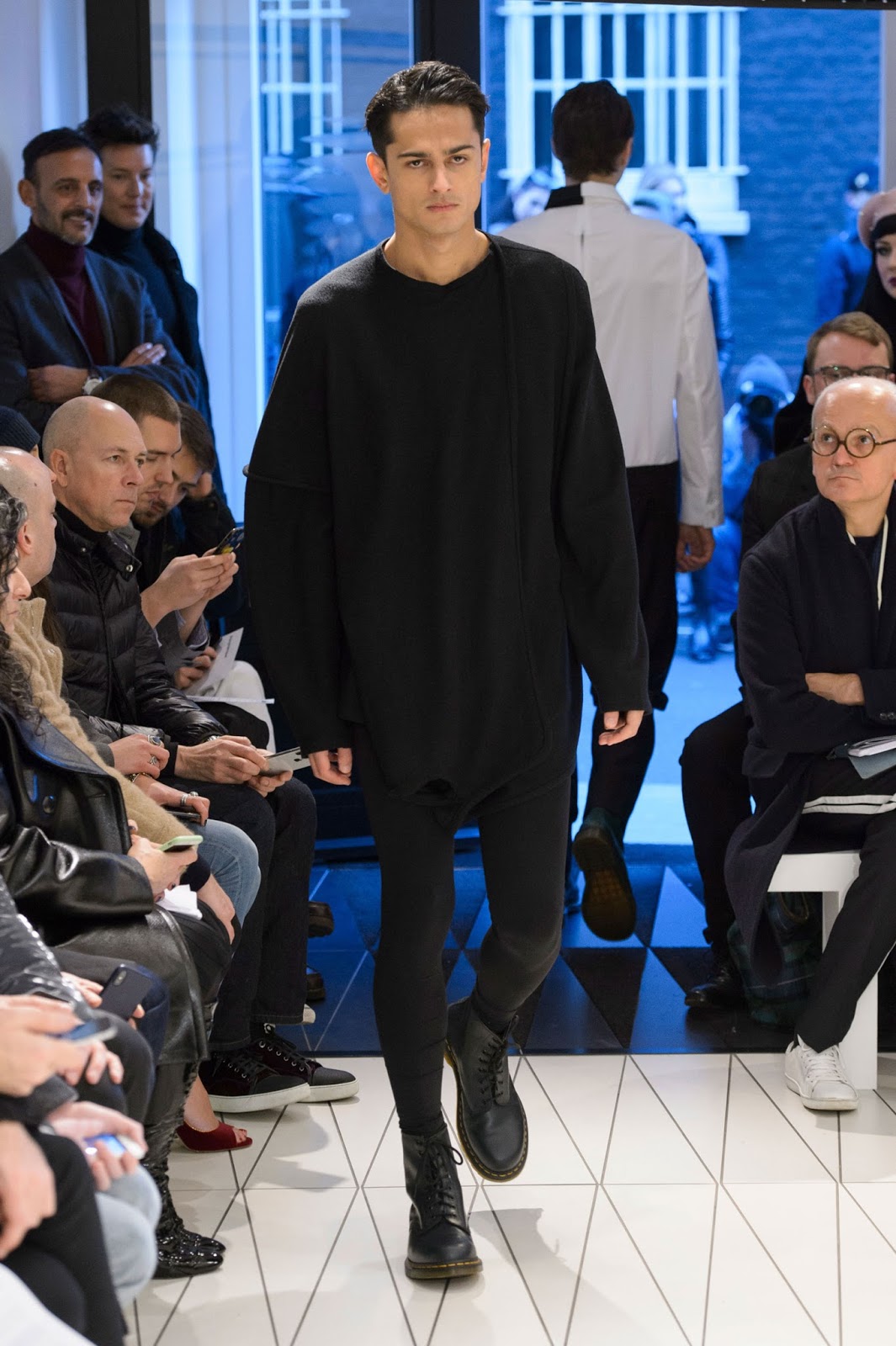 More about the fashion designer Hussein Chalayan
British-Turkish fashion designer, Hussein Chalayan was born in 1970 in Nicosia, Cyprus. From his hometown, he attained his graduation from  Türk Maarif Koleji. At the time, the island’s population was struggling between the Turkish and Greek authorities. Ethnic clashes between the two eventually sprung war and resulted in migrations. For this reason, Hussein and his family members were strained to move in 1978 to England.
Chalayan did a diploma in fashion and apparel designing from Warwichshire School of Arts and then proceeded to completing a degree in the same subject at London’s Central Saint Martin’s College of Art and Design. His thesis collection, The Tangent Flows (1993) was very well presented. It gave clothes the dimension of burial and resurrection, life and death. The work garnered him attention from the Browns boutique and his collection was borrowed to be displayed in their window.
In 1994, Chalayan opened his company, Cartesia Ltd., along with an eponymous prêt-a-porter line. The designer integrates clothing and the human body with architecture, science and technology playing with anthropological and cultural narratives. In order to construct stories, he combines his artistic sense and fashion work with musical plus cinematic installations. This is the reason why his runway shows are described as performances. His fashion shows are illustrated by suspense and minimal settings, incorporating metropolitan architecture, modern interiors and geometric compositions. Chalayan’s creations are spread across the body both theoretically and conceptually at the rear of his apparel.
In 1995, he competed with hundred competitors and won the position of a top fashion designer award in London. At a contest by Absolut, Chalayan was given twenty-eight thousand pounds to develop his fashion plus artistic creations for a fashion week in Britain’s capital. The same year, he made designs for Björk which the star wore on the album cover of Post. In addition to this, Chalayan’s clothes were featured in Björk’s tours as well. Then onwards, he made several collections such as Lands Without, Between, Panoramic, Geotrophics, Echoform, Befor minus Now, After Words in the years 1997, 1998, 1999 and 2000. Each had a distinctive style yet very ‘Chalayanish’.
In 1999 as well as in 2000, he was crowned as the Year’s British Designer. In 2006, he was made the Member of the Order of the British Empire. Following this, he enjoyed international acclaim and The fashion Group International gave him the Design Star Honoree award, at their Night of Stars Gala in 2007, New York. In 2002, the designer expanded the range of his creations to menswear. The exclusive rights of this line was purchased by Yoox.com retailer. After some financial tribulations, Chalayan decided to move to Paris.
Apart from his designing, he is a philanthropic as well. In 2007, Chalayan bequeathed a show piece to an exhibition, Fashion is Art, by Capital 95.8 radio station. It was an attempt to participate in a charity, called Help a London Child. His contribution was sold in an auction.
Thank you for reading this blogpost.
Sources: The Cut and Chalayan Store and Famous Fashion Designers
Placed by ByElisabethNL Op vrijdag, februari 02, 2018